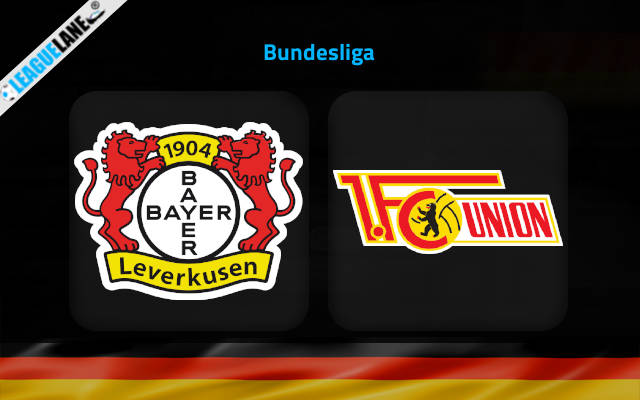 You won’t find that often that the section leaders are priced up at the 3.40 odds to beat the third-team from bottom of the standings but this is exactly the case for this Sunday’s clash between Bayer Leverkusen and Union Berlin.

The bookies favor the hosts although they have won just two of the opening twelve games of the season and currently sit third from bottom in the Bundesliga ladder.

It has been a dreadful campaign for Leverkusen so far in the season. They have conceded 25 goals in 12 games and they had another setback eight days ago, falling 2-0 away at RB Leipzig.

Bayer have claimed just one point in the previous three Bundesliga outings. Nevertheless, they did show improvements in their recent performances at BayArena, going three straight games unbeaten in their own backyard.

It will be very interesting to see whether the hosts can prolong this unbeaten thread on Sunday afternoon against Union Berlin who boats the competition’s best defensive record with just 9 goals allowed in 12 outings.

Union Berlin slipped up 2-1 at Bochum in the previous away fixture in the league but they immediately rebounded by beating Borussia Monchengladbach with the same scoreline last Sunday.

Urs Fischer’s men now have seven wins in the last eight games in all competitions and it is hard to ignore them at the sky-high 3.40 odds here.

The value is definitely with the visitors here. We trust their defense much more than we do Bayer’s at the moment and we are very tempted to take the 7.00 odds for Union Berlin to win & Under 2.5 goals FT bet.

Those who like the correct score punts can try their luck with Union Berlin’s 0-1 win on the road at the odds of 11.00.