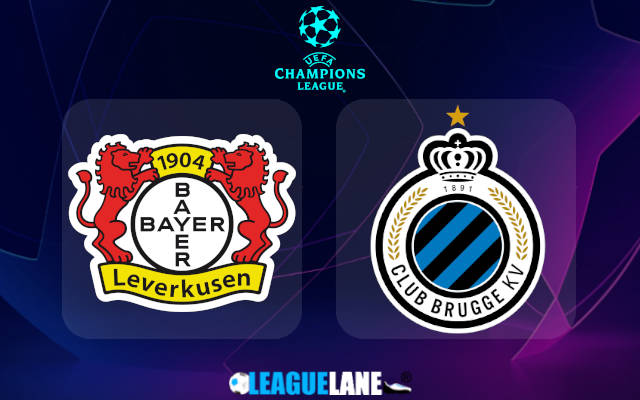 Bayer Leverkusen stayed in contention for the third place in Group B of the UEFA Champions League thanks to Yannick Carrasco’s missed penalty at the death of the game against Atletico Madrid last Wednesday.

The German outfit are still at the very foot of the group standings but a potential win on the final day against group leaders Club Brugge, paired with anything but Atletico Madrid’s victory at Estadio Do Dragao, would send Leverkusen in the UEFA Europa League knockout phase.

Nevertheless, Club Brugge have their calculations as well, being one point above Porto in the group ladder ahead of the last matches of the campaign.

The visitors can secure the top spot in the group with a win at BayArena regardless of what happens in the other match.

However, Club Brugge will enter this game off the back of a tough 0-4 loss to Porto last week. Interestingly, the Belgians had not conceded a single goal in the opening four games in the Champions League beforehand.

They are now up against attacking-minded Bayer Leverkusen who have been both scoring and conceding goals for fun of late.

Leverkusen shipped at least two games in each of the previous four outings across competitions.

Both Bayer Leverkusen and Club Brugge have played some high-scoring matches of late and we certainly expect a goal fest when they come across each other.

Although they may not have shown it so far in the campaign, the quality is on Bayer Leverkusen’s side and we expect them to be highly-motivated to claim the spoils on Tuesday evening. Bayer to win & Both Teams To Score is a bet worth backing at the 3.00 odds, while we will also back in-form Moussa Diaby to score anytime for the hosts at the 3.10 odds.