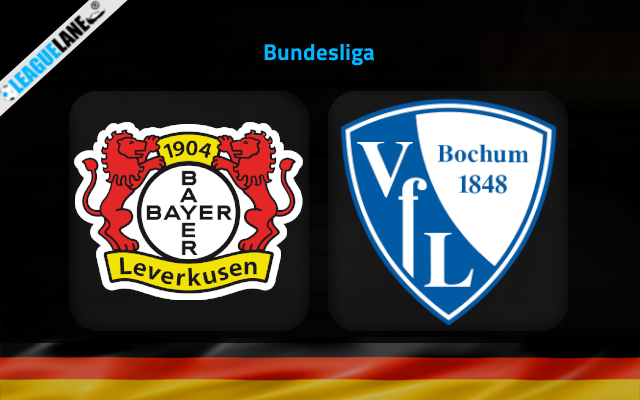 Gerardo Seoane had an excellent start to things as the 3rd Leverkusen manager in 2021. Things however have not really worked for him and his team since the international break in October. The Swiss would want to take his team back to winning ways before it becomes too late for the club and him.

Bochum on the other hand went into the international break with a good run of games under their belts and would be hoping to carry on with the form. Read our Preview, Predictions, and Betting Tips with Analysis here.

Leverkusen in their preceding Bundesliga fixture managed to get away with a point on the road against Hertha Berlin thanks to a 90th-minute equalizer by Andrich, the match ended 1-1.

In the Europa League match against Betis, they sealed a dominating 4-0 win at home in a match where Demirbay and Fekir were sent off in injury time. They currently occupy the 6th position in the league and are 10 points behind Bayern Munich.

Bochum were last seen in a league match against Hoffenheim where they scored twice and won to nil at home. Towards the end of last month they beat Augsburg on penalties to progress to the next round of the DFB Pokal. The win against Hoffenheim has taken them to 12th position in the table.

The visitors, despite winning 5 of their last 6 games across all competitions, have been a shambles on the road as they have just one win in the Bundesliga in their last 13 away games.

Owing to this terrible record I have backed a dominant win for the hosts, who should put their campaign back on track with this result.

Despite struggling for points on the road the visitors have managed to get on the scoresheet more often than not. With the hosts conceding 11 goals in their last 4 home fixtures, expect goals from both ends. The visitors have failed to score a goal before the 75th minute in away games this season so do not expect them to score in the first half.