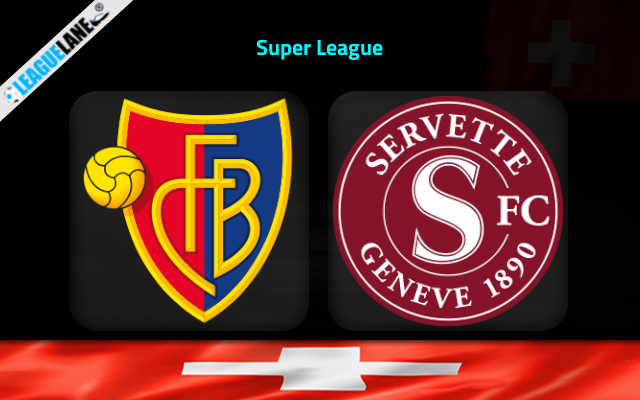 Basel have been enjoying a decent Super League season so far. They have succeeded in recording enough of wins to secure a safe zone spot. They sits 3rd on the table with 44 points. They have a strong offensive and defensive lineup.

Basel have managed to record a positive display in their most recent league fixture against Lugano away from home. They are now unbeaten in 10 of their past 12 league fixtures. Following such a set of strong results, they will be having good spirits to enter their next league fixture

Servette possess an average form in the league since the beginning. They sits 5th on the table with 35 points. They have a disappointing defensive lineup while their attacking side looks decent.

They were last seen on a Super League match-day against Grasshoppers away from home. The match ended in a 2-4 win for them. With that win, they have managed to record 4 unbeaten games in the past 8 league fixtures.

By the looks of things, Basel looks to have a better form in the league. As such, expect a positive display from them against Servette at St. Jakob-Park on Sunday.

Basel are unbeaten at this venue since November 2021. They have an excellent form at home. Their attacking side have managed to score in each of their past 6 fixtures at this venue.

On top of that, they have only lost once against Servette at this venue. The match was recorded in 1998. With such a strong spell of form in h2h tradition, we are reckoned to think that Basel will wind up this fixture with a positive display.