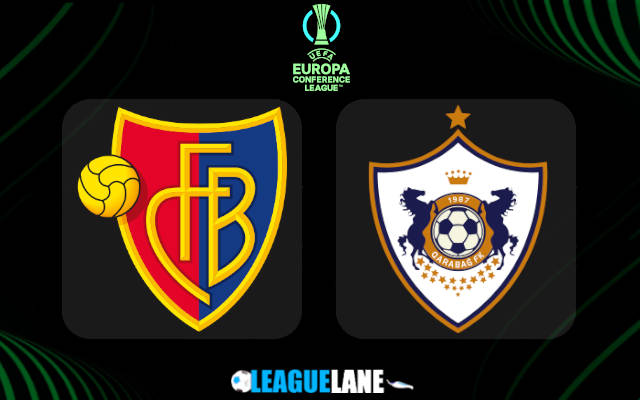 The bookmakers see Basel as the favorites to win here but we would by no means underestimate Qarabag here. The visitors showed quality in the reverse fixture against Basel, and they also easily dominated the other two teams in the group so far in the campaign.

Qarabag missed a huge chance to go two points clear off Basel atop the Group H standings in the previous round when they conceded a late equalizer in a 2-2 home draw to Omonia Nicosia.

They are now level on points with Basel ahead of the final day fixture on Thursday evening away at St. Jakob-Park.

Basel are in a much better situation going into the tie. They have scored one goal more than Qarabag so far in the competition, meaning they would keep the top spot in the group even with a draw here.

Basel have been pretty inspired up-front in-home matches in this term of the Conference League.

The Swiss outfit bagged seven goals in two home wins over Kairat and Omonia Nicosia so far in the campaign.

Nevertheless, Qarabag are also well capable of scoring goals as they have notched ten in five Conference League games so far in the campaign.

Six of these ten goals came in two away wins over Kairat and Omonia Nicosia. Qarabag are also sovereign leaders after 13 rounds in the elite class of Azerbaijani football.

Tips for Basel vs Qarabag