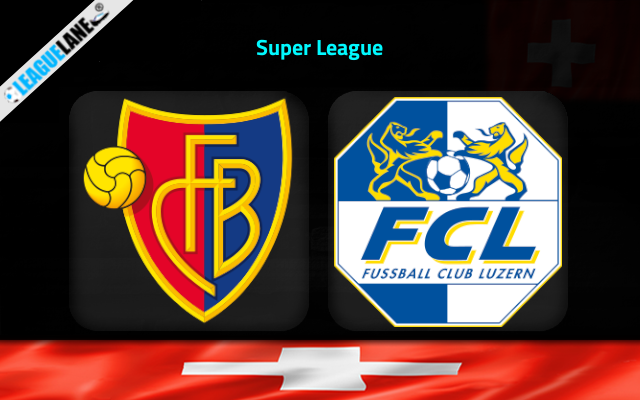 FC Basel vs Luzern Predictions and Free Tips from our expert tipsters when the teams go head-to-head in the Swiss Super League on Saturday, 28 January 2023.

Luzern is not that away from the safe zone even though they failed to seal a win in the previous four league outings. They will be hoping to return back to the winning ways, delivering a better display on Saturday.

But they will have a tough test as they faces FC Basel, sitting one spot above Luzern in the standings. However, they were winless in four of the last five league matches.

Basel have been the dominant force in the recent history of this match-up. The reverse fixture ended in a 0-2 win for Basel.

At this stadium, Basel is on a 17-fixture unbeaten streak against Luzern. They have netted in a total of 17 goals over the course of the last 7 h2h games here.

Who will win the match between FC Basel vs Luzern?

Basel is having a decent form at home lately. They are on a five-game unbeaten streak and will head into this fixture with enough of spirits.
On the other side, Luzern were winless in three of the past four away matches.

Moreover, Basel have an exceptional form against Luzern for the past several years. Thus, we expect a win for the hosts on Saturday at St. Jakob-Park.

The defensive side of both teams doesn’t seem to have the capability of keeping a clean sheet till the final whistle. Neither of them have recorded a clean sheet of lately too. Therefore, both teams to score is likely to land here.

The h2h tradition of these two teams at this venue suggests a couple of goals from the Basel firepower. However, we expect a goal from Luzern side considering the defensive line of Basel.

For the main betting tip, we like to place a 2-1 score-line in favor of Basel at 9.00 odds. Both teams to score at 1.57 odds seem to be a decent alternative here.