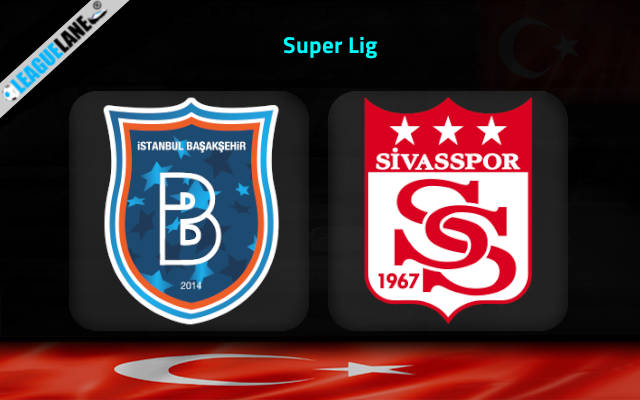 Istanbul Basaksehir has been on a superior form all through the previous season and it seems that they carried over this momentum to the new season as well.

Going on, Basaksehir is yet to record a defeat in this season. The team follows a streak of 7 unbeaten games and had even gone a 3-game winning streak in the process.

Do also note that their defensive steel have prevented goals from the opposition in all the fixtures, barring a single encounter against Ankaragucu.

Meanwhile, Sivasspor are finding hard to deliver at least one good performance since the beginning of the new Super Lig campaign.

They had finished 10th in a table of 20 the last time and might had better hopes prior to this season. Anyways, they are on a long winless streak in the league at the moment.

The problem for Calimbay’s lies in his team’s defensive side which allowed a total of 13 goals over the course of the previous seven league fixtures.

By the looks of things, expect a victory for the home side Istanbul Basaksehir on Monday.

Sivasspor’s form is even more worrisome on the road. They had lost all their 3 road trips so far in this season and had let in a total of 8 goals in the process.

On the other hand, Basaksehir is currently on a long unbeaten form in front of their home crowd. Do also note that they had scored a total of 16 goals in the past 8 home outings.

Taking into account these observations, expect a victory for the home side Basaksehir on Monday.