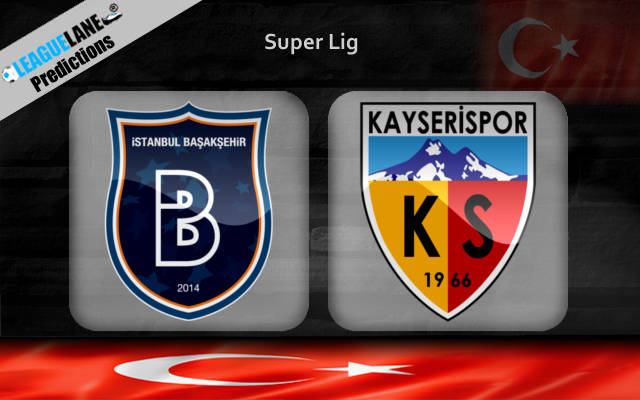 Istanbul Basaksehir has nothing to play for other than pride as they are comfortably away from the relegation zone with two more games to go in the Super Lig this season. Making progress in the campaign, Kayserispor will visit with hopes to extend their lead at the edge of the bottom four on the table as it stands.

The Gray Owls have been unbeaten for the past five matches in the league, following a goalless draw on the road with Sivasspor last time out. The host will aim to finish the campaign strongly and work for better performance in the next season.

In the meantime, it is a crucial game for the visitor. The away team cannot risk a loss with just under a three-point lead over the two teams sitting behind them on the table. They will visit on the back of a goalless draw at home with Gaziantep in the previous encounter.

The match is sizing to be a low-scoring affair with respect to the recent h2h encounters at this venue between these two sides. It has to be noted that Kayserispor has scored only once in their last six visits during h2h clashes with the host.

In the meantime, Basaksehir enjoys the ground advantage in the middle and has lost only once in their last 14 h2h meetings with the Anatolian Star. So, the draw no bet over Istanbul Basaksehir will probably be the best bet for the punters. Besides, the tip for BTTS will also come in handy for the goals area.

To all Turkish Super Lig Predictions and Match Preview