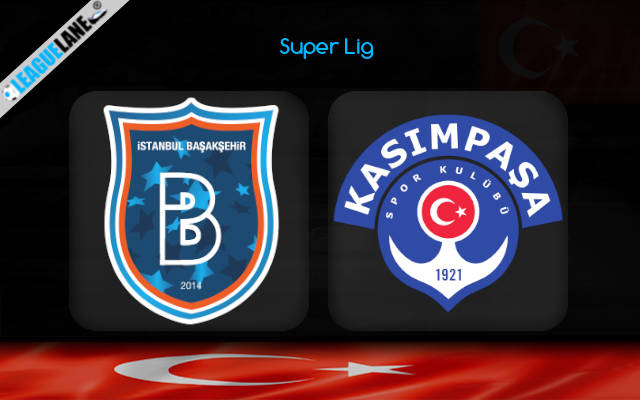 Istanbul Basaksehir will start the new Super Lig campaign with the home fixture against Kasimpasa on Monday afternoon at Basaksehir Fatih Terim Stadyumu.

The beginning of the 2022/23 Super Lig campaign comes right amid the UEFA Europa Conference League qualifying process for the hosts.

They had a tough trip to Iceland where they faced Breidablik in the third qualifying round on Thursday.

The reverse fixture against the Icelandic rivals is scheduled for this Thursday, meaning we should not be shocked to even see some rotations from head coach Emre Belozoglu here despite this being the very opening Matchday.

It is worth mentioning that Baskasehir have already eliminated Israeli side Netanya in the European competition. The Turkish outfit advanced 2-1 on aggregate thanks to a 0-1 victory in the return leg on Israeli soil.

Kasimpasa will only play their maiden competitive match of the season here. They came 11th at the end of the previous Super Lig term.

Sami Ugurlu’s troops won just one of five pre-season exhibitions. The thread includes a 2-1 defeat to Galatasaray and the 1-1 draw to lower-division Pendikspor in their final pre-season check last Saturday.

Kasimpasa have been pretty efficient on travels last season with a 31-28 goal difference from 19 league outings on the road.

They rarely park the bus and we certainly do not expect them to do so here against Istanbul Basaksehir, especially knowing that the hosts had a match on Iceland on Thursday.

Although Istanbul Basaksehir have been very tough to break down in the pre-season and in their European qualifiers so far this summer, we have to back an open affair here based on the teams’ recent H2H record.

The Over 2.5 goals FT is our main betting option here at the odds of 1.85, while you can alternatively try Kasimpasa to score two or more goals on Monday at the 3.40 odds.