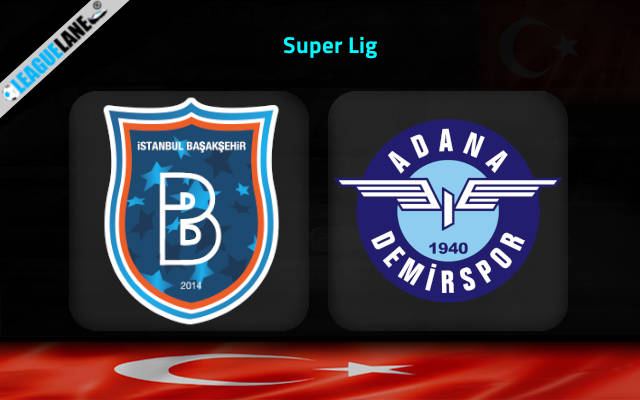 Istanbul Basaksehir vs Adana Demirspor Predictions and Free Tips from our expert tipsters when the teams go head-to-head in Super Lig on Monday, 09 January 2023.

Two back-to-back wins helped Istanbul Basaksehir reach third in the league. They will aim for their tenth win of the season as they will play against their rivals Adana Demirspor. Only three points separate both teams.

Meanwhile, Adana Demirspor lost their second game of the season against Besiktas. They are winless in four of their last five outings.

The most important point to note is that Basaksehir are on a five-game winning streak at Basaksehir Fatih Terim Stadium against this team starting from 2002.

Both teams last met back in March and the visitors won that game by 2-1. This is their only victory in the last ten head-to-head matches.

Who will win the match between Istanbul Basaksehir and Adana Demirspor?

Basaksehir will take home all three points from this game. They are one of the best teams in the league this season and are unbeaten in four of their last five outings. Not to mention that Adana are yet to win a single game against this team at Basaksehir Fatih Terim Stadium.

The last two head-to-head meetings between these two teams ended with three goals combined. Both teams are in decent goal-scoring form in the league this season. We can expect the same trend to continue for this game as well.

Both teams have scored in the last two consecutive meetings. When these two teams last played in March the scoreline was 2-1. We can back on both teams to score in this fixutre.

Our second tip is that Over 2.5 goals will be scored – at 1.80. Both teams have scored a combined total of six goals in the last two head-to-head meetings.