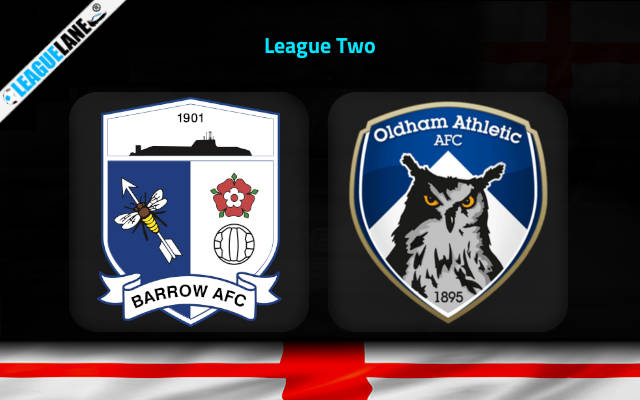 Oldham have been the absolute worst team in the whole of League Two this season, and there is an overwhelming possibility that they might get relegated at the end of 2021-22.
Meanwhile, Barrow too have had their fair share of problems, but they have been comparatively far better. Particularly at home, they have been a formidable squad, and they also have a good h2h record in recent years.

By the looks of things, expect a win for the latter this Wednesday at the Holker Street.

Barrow have lost just once in the past one-month period, and this sole defeat had come against the third-placed Tranmere.

Going on, they were unbeaten in 12 of their past 19 games, and they have lost just twice at home since the first week of October.

On the other hand, Oldham had conceded a total of eight goals from their last two games alone. They were winless in 12 of their past 14 overall fixtures, and had also lost seven of their past ten matches. Do also note that they had lost four of their previous five road trips.

Taking into account these observations, expect a win for Barrow this Wednesday.

Tips for Barrow vs Oldham