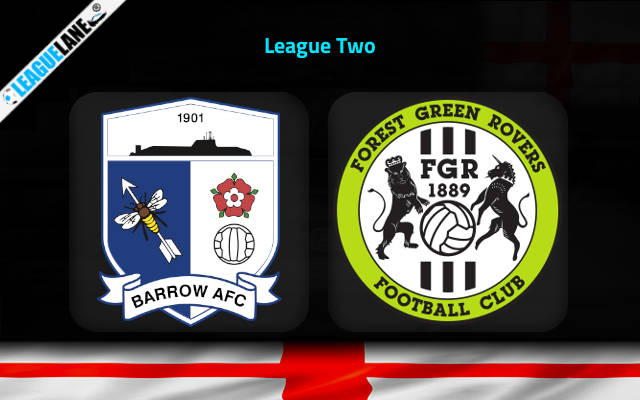 Barrow played their last match against Crawley Town, in which Crawley scored the only goal in the match in the 57’ minute and remained in the lead for the rest of the evening. The match ended in a loss for Barrow with 1-0 FT score.

Forest Green Rovers are unrivalled in their position at the top of the league table with a five-point difference from Exeter, who are second in position. Forest Green is back in form after a poor stint and is currently unbeaten in the last five matches. Rovers have earned 79 points to their name from their matches so far.

Forest Green Rovers played against Hartlepool United in their last match. Both teams scored one goal each in the match, ending the match in a draw with 1-1 FT score.

Forest Green’s current form makes them a formidable opponent. Barrow, on the other hand, has played poorly in their matches throughout the season and has lost consecutively in the last four matches. The hosts will have a tough time when they face Rovers in the match.

Even Barrow’s home matches have produced poor results for the team. The team has not had a win in their home ground since the end of December, last year. Forest Green Rovers have not achieved the wins they had hoped for in the away matches. They have got more draws in the last ten road trips than both their wins and draws of last ten matches combined.

Forest Green is without doubt the better team of the two and has more chance of winning than Barrow. Rover’s recent wins have ended with clean sheets for the team. We can expect Rovers to secure a clean sheet in this match as well.