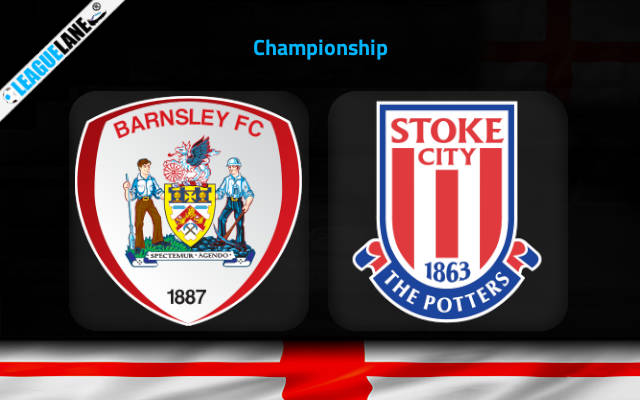 Barnsley have shown a spirited fight in recent weeks in their quest for survival and have managed to take about 40% of their total points from their last five league matches.

Making up for the deficit in the remaining fixtures is easier said than done; however, with their recent performances, one would not want to back them going down.

With that being said, last week, the club suffered a significant loss against Derby County, a club whom they are directly fighting against for survival. The loss marked their 2nd loss in four league games.

With nine points from their last five Championship outings, the club is now six points behind safety in the 23rd position.

Stoke City will head into the fixture, winless in over a month and are looking likely to finish in yet another bottom half of the table position, for the fourth consecutive season since their arrival in the second flight.

In their most recent fixture, they suffered a narrow 0-1 loss at home against Blackpool. The hosts did show a lot of resilience in the contest but ended up conceding in the dying moments of the game.

Following that, the side is now 15th in the league table, twenty one points clear of their opponents for this Tuesday.

The visitors have struggled in recent weeks and especially so on the road. Their opponents meanwhile head into the fixture off the back of two consecutive home wins and hence should manage at least a point from this game.

Seven of the last seven fixtures at this venue have seen fewer than three goals. Similarly, the score line was witnessed in seven of the visitors’ last nine league matches on the road. Considering these observations a high scoring fixture is unlikely.