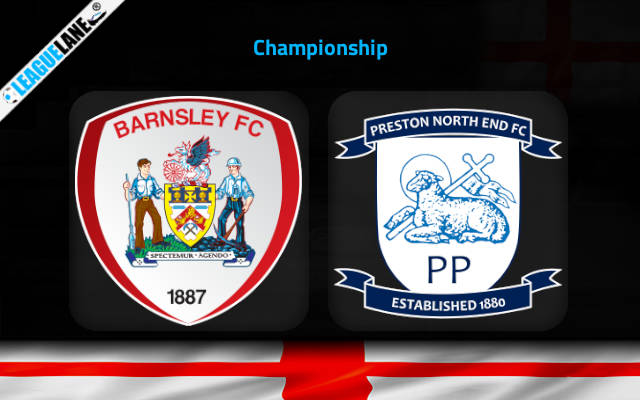 Both Barnsley and Preston will be hoping to bounce back from their respective losing threads on Saturday afternoon when they take on each other in the first game of the day in Championship.

The Tykes suffered their third consecutive league defeat on Tuesday night when they fell 0-2 at home to Blackpool.

It was another very disappointing performance from Barnsley who will face hard times trying to find motivation for the final two games of the season having already suffered relegation to League One.

The team parted ways with Poya Asbaghi after the 2-1 loss to Huddersfield Town at John Smith’s Stadium.

Nevertheless, interim manager Martin Devaney did not bring anything new on his debut at the helm since the team looked completely toothless up front in the mid-week’s game against Blackpool at Oakwell.

Barnsley are now winless in seven successive league outings and they have claimed only a single point in the last five Championship affairs.

They should have more space up front here against Preston who did not play defense at all in their previous two outings.

The Lilywhites shipped seven goals in the last two defeats, including four in the last weekend’s match against Blackburn Rovers at Deepdale (a 1-4 loss).

Preston are winless in five subsequent league matches on the road. They have failed to find the back of the net in all of the last four away outings in the process.

Both teams lack proper motivation and will generally head into the game in low spirits following their recent defeats. We will likely not enjoy a beautiful game of football on Saturday afternoon at Oakwell which makes the Under 2.5 goals FT a nice betting option at the 1.80 odds.

As for the outcome, we lean towards the away win pick knowing that Preston have won four of the previous five meetings with Barnsley. You can back this scenario at the odds of 2.30.