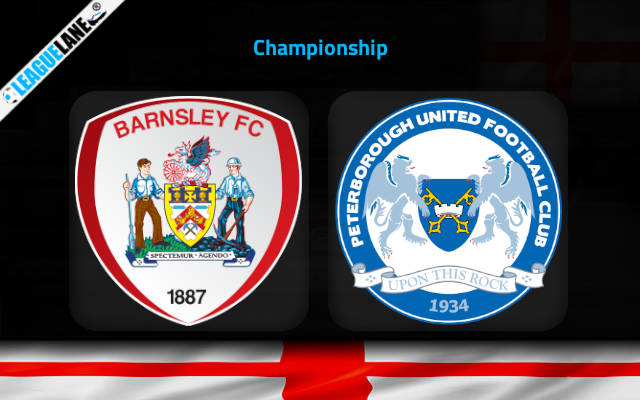 This is supposed to be one of the toughest fixtures this season in the Championship. These two squads are deemed to be the absolute worst in the competition, and are placed bottom-most in the table.

Barnsley are placed 24th in a table of 24, and with just five games remaining for them, they need a surplus of 11 points to climb over the relegation cut-off.

This is going to be an overwhelming challenge for the team, especially when it is noted that they have posted a total of just 30 points from 42 fixtures till now.

Meanwhile, Peterborough are placed just above at the 23rd position, and they need an additional 10 points to mark themselves safe, and they have just four match-ups remaining to do that.

It goes without saying that these two teams are under massive pressure, and even a draw this Monday would have the same effect as a loss for them.

As such, anticipate either squad to go for a huge win right from the get-go, and with weak defenses on either side, chances are high for goals to come in huge numbers.

Barnsley were held to a 1-1 draw the last match-day on the road by Swansea. They are also on a four-fixture winless streak, and they had remained so in seven of their former eight games.

Do also note that they have won just four times at home in their past 20 appearances here.

On the other hand, Peterborough won 2-1 at home the past game week, against Blackburn – which shows their willingness to fight for their safety.

However, they were winless in 18 of their past 21 overall fixtures, and they have a total of just two wins on the road since May of 2021.

Taking into account these stats, and particularly the desperation of either squad, expect a goal-fest this Monday.

Tips for Barnsley vs Peterborough