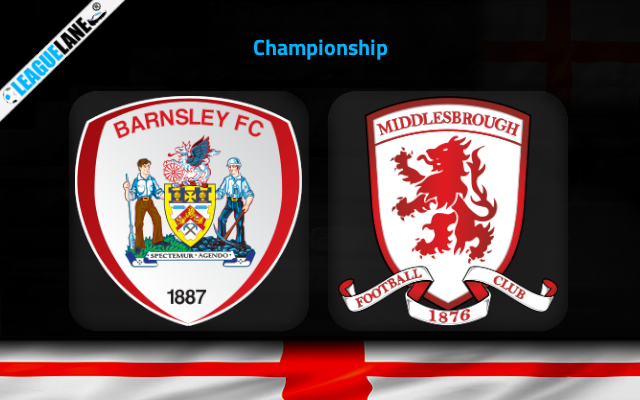 Barnsley are not pulling up any trees so far this season. They remains at the rock bottom of the table. It’s on rare occasion that they have recorded a positive outcome this league. They also possess a struggling attacking and defensive lineup.

However, they have managed to record two victories recently. Most recent of those recorded in the last Championship fixture against Hull away from home. Such a run will not count much as they are going to face Middlesbrough in their upcoming fixture.

Meanwhile, Middlesbrough have been recording positive displays in frequent intervals of time. As a result of such recordings, they entered the safe zone. They will be eyeing for a top spot while occupying the sixth spot on the table currently.

They have won three of their past 5 league fixtures and have collected 10 points from those fixtures to add up to a total of 52 points on the table. They will be having positive spirits following their current form.

By the looks of things, we see Middlesbrough possessing a better form in the league when compared to Bansley. As such, expect a win for the guests at Oakwell in this Championship fixture on Saturday.

Barnsley have been following a dreadful form in the league of late. Despite of their previous positive recording, they are winless since many games. Such a set of negative results will only help them to enter this fixture with lowest of spirits.

On the other side, Middlesbrough have been enjoying a decent form in the league lately. But they possess an average form on road. However, such a run will count only little in this fixture.

Therefore, we expect a win for the visiting side at Oakwell on Saturday. Considering the above facts, we expect a one-sided low-scoring affair.