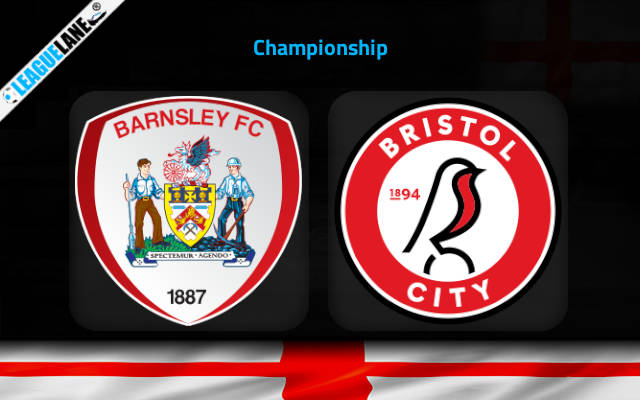 Game week 38 of Championship brings us the match between Barnsley and Bristol City on Tuesday at Barnsley.

Barnsley’s hopes of a win were stopped with a last-minute goal from Stoke City in their last match. The 90’minute goal helped Stoke City to end the match in a draw with 1-1 FT score.

Bristol City played their last match against Birmingham City. Birmingham took a two-goal lead in the match within the first fifteen minutes of the match and maintained the lead until the end. Bristol could score only one goal in the match, ending the game with 1-2 FT score.

Barnsley has played poorly in their matches throughout the season. They have lost in a greater number of matches than both their wins and draws combined. Their poor performance has put the team second from the bottom of the league table in the relegation zone with only 24 points to their name. They will hope for a win in this match to avoid the relegation zone.

Bristol City has not exhibited their best performance in their matches this season. Currently, the team is on a loss streak in their last three matches. From the last ten matches, the team has won in three, drawn in one and lost in six of the matches. They are placed 19th on the league table with 40 points from their matches so far.

Barnsley also has the advantage of playing in their home ground where they are unbeaten in their last three matches. Bristol City’s away matches have not produced the results the team had hoped for. They are winless in their last eleven away matches.

Looking at the records, the match will probably end in a win for Barnsley or in a draw.