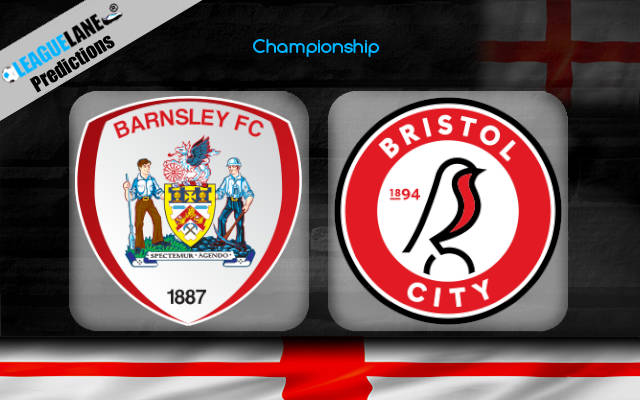 The most pleasant surprise package in the English Championship so far is Bristol City.

The Robins are one out of two teams that managed to maintain 100% win rate after four rounds.

This team has been a playoff contender for a couple of previous years, but always managing to ruin all the good work in last two months.

Is this going to be the case this time as well?

Taking advantage of this great form and creating the surplus early on might be the solution.

They will face Barnsley this weekend and another away win wouldn’t surprise anyone.

Despite the great start, Robins are underdogs going into this clash, priced at 2.70 odds.

There was grand total of 34 head to head matches between these teams in the past. Bristol City are completely ahead in terms of the stats, having won 16 encounters while losing only eight.

Their results at this stadium are not positive though 4-6-7.

Usually, matches between these clubs provided a lot of action and goals. For example, eight out of the last nine meetings ended with BTTS & Over 2.5 FT combined!

The last three games at this stadium ended without a winner with identical 2-2 FT score.

Barnsley’s fans are in fear that this might be just another season where their club is desperately trying to avoid relegation. They have collected only one point from the first four matches, losing to Reading, Luton Town and Middlesbrough.

Efficiency is a huge issue it seems, bagging only one goal in 320 minutes of play. The only point won so far was at this ground against Coventry in a goalless draw.

As for their opposition, The Robins are not having such problems, scoring two goals per match on average. Patterson, Weimann and Wells are sharing top positions on team charts with two goals each.

It’s really hard to predict who is going to be the hottest option for the goalscorers market this Saturday. Barnsley definitely don’t belong to the red zone in our opinion.

This team had good results in the last couple of months, especially at this venue. Match without a winner but with some goals is our best prediction for this one.