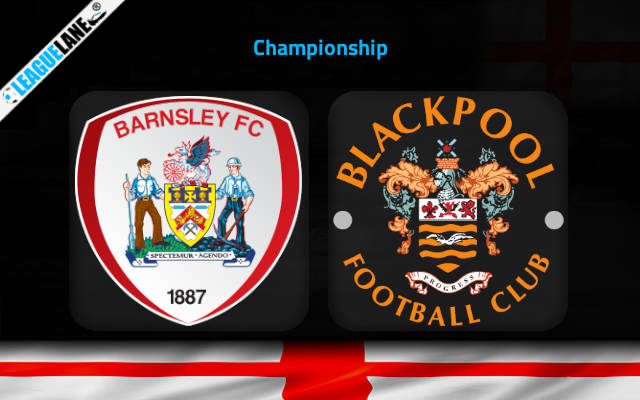 Barnsley have been one of the worst teams in the whole of the Championship this season. They are placed in the relegation zone, and have won just twice all through the campaign.

In fact, if not for the 21-point deduction given to Derby, the team would have been placed bottom-most in the table.

Meanwhile, Blackpool did have a decent campaign in the first phase of the season, but lately they have been one of the worst in the league.

They are on a long string of losses, and they are conceding in plenty as well.

Judging the recent defensive performances of either team, expect a goal-fest this weekend at the Oakwell.

Barnsley lost 2-1 on the road the last match-day, against Blackburn. And then they followed it up with an FA Cup fixture against a team from the League Two (Barrow), in which they conceded four goals.

Going on, they had a single win from the past 23 games, and this sole win had come against the dead-last placed Derby.

On the other hand, Blackpool managed a 1-0 win at home against Hull. However, they followed it up with a loss in the FA Cup, against a team from the fourth division.

Moreover, they were winless in ten of their past twelve overall games, and the two wins had come against the 22nd placed Peterborough, and against the 19th placed Hull.

Taking into account these observations, expect a goal-fest this weekend at the Oakwell.

Tips for Barnsley vs Blackpool