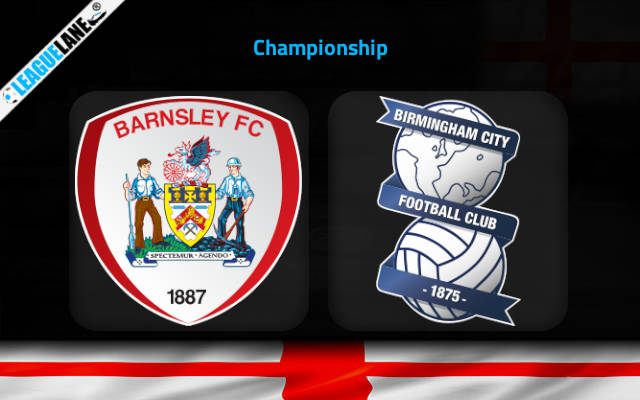 Barnsley take on high flying Birmingham in the Championship fixture on Saturday afternoon as they look to dent the rise of Birmingham and snatch a few points away from their opponents.

The home side come into this fixture in 13th place after drawing 2-2 against potential promotion favourites QPR as their fans will be extremely delighted with the performance put on show by their boys.

Barnsley went into half-time with a 2-0 lead as Dominik Frieser and Cauley Woodrow scored in the 14th and 27th minute respectively to put QPR on the high alert. But, the Rangers scored in the 76th and 91st minute to steal 2 points from the Tykes.

Nevertheless, that 1 point will still be crucial for the Tykes as they look to build and gain confidence from that game and bring it to display at home against Birmingham.

The Blues currently sit much higher than their opponents in 8th place after gaining 7 points from their first 4 fixtures.

They come on the back of thrashing Luton Town 5-0 away from home in the league as they look to continue their impressive performances when they are on the road. Goals from Marc Roberts, Gary Gardner, Chuks Aneke got on the scoresheet as Scott Hogan got along the act by scoring twice.

In all competitions, Birmingham come on the back of a 2-0 loss at home to Fulham in the EFL cup and they will be looking to turn their attention to the Championship and gain as many points as possible.

According to the statistics above, it is shown that both these teams go for victory in this fixture and there are above 2.5 goals in this game. Hence, we back the odds at 2.30 for goals over 2.5 as we find really good attractive value in them.

Scott Hogan will be looking to add to his goal tally and he is expected to get on the scoresheet on Saturday afternoon and we back him to score a goal anytime during the game at 3.20 odds.