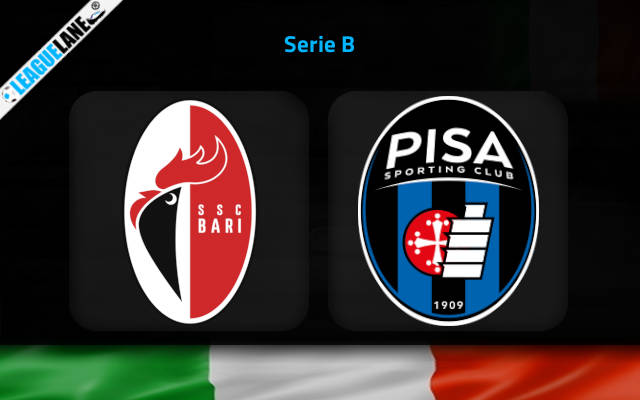 Bari might be placed high in the table at the moment, but they are going through a rather poor stretch of performances at the moment. Meanwhile, Pisa will be eager to make the most of this opportunity. They are on an unbeaten run, and have prioritized an entry into the top-most tier of the table.

They are one of the very few teams to have remained unbeaten in the last five games in the league, and they also lost just twice away from home so far in the competition.

It is to be noted that they also scored goals in huge numbers during this streak of games.

Meanwhile, not only are Bari on a long series of poor results, but they are also struggling quite significantly with their defense. Seldom have they kept clean sheets lately. In fact, they were unable to do so even in front of their home crowd.

As things stand, expect a win for Pisa this Sunday at the Stadio San Nicola.

Bari are on a winless run that stretches back two months. Barring just three draws, this becomes a perfect losing record. It is also quite noteworthy that they let in two or more goals in four of their past five appearances at home.

In fact, they won just once at this stadium since the first week of July, and a total of just two times since April of 2022.

On the other hand, Pisa have not lost a fixture for over two months now. They were in such superb goal-scoring form, that they found the back of the net three or more times in five of their last eight clashes.

Considering recent form, expect a win for Pisa this Sunday at the San Nicola.

Tips for Bari vs Pisa