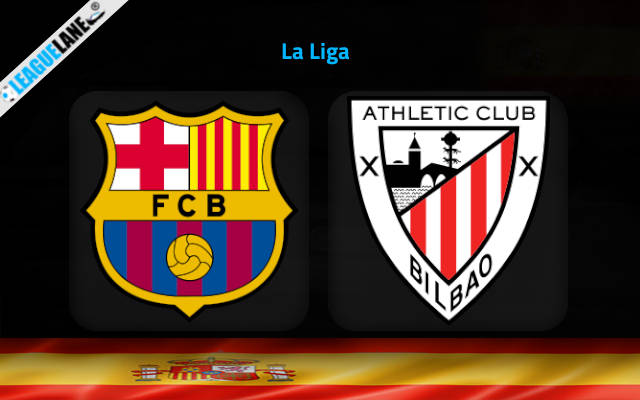 Barcelona quickly returned back to form after falling against arch-rivals Real Madrid. And this Sunday they will be the favorites to deliver a convincing win against Bilbao, who are on a three-game winless run in the Spanish top flight.

So far Athletic have managed just five wins in the competition, and only two of these came on the road. It is also quite worrying that their only clean sheet in the past six games came against the struggling Almeria.

Moreover, they have registered just three wins on the road in the past nine months, and these wins came against Elche, Cadiz, and Rayo Vallecano – some of the worst teams in the competition.

Meanwhile, the Catalans are not having a great European campaign at the moment. It seems that they might have to take part in the Europa League after all.

And to make matters worse for them – their dominance in the league was seriously questioned by arch-rivals Real Madrid. At the Santiago Bernabeu, they were defeated by a 3-1 score line. Note that till then Xavi’s men had let in just one goal in the entire competition.

However, in the very next match-day the Catalans managed to record a dominant 3-0 win against former Europa League champions Villarreal.

And thus they protected their perfect defensive record at home too. Note that they are the only team yet to let in a goal this season in front of their home crowd.

By the looks of things, anticipate a victory for Barcelona this weekend.

Only thrice have Barca lost in the past five months – and these defeats came against Bayern Munich, Inter Milan, and Real Madrid.

Apart from that they have been in superb form – and particularly so at home.

On the other hand, Bilbao last recorded a win back in September, and they registered a single clean sheet since August.

In addition, they also have a rather inferior h2h record against this rival over the years.

For the reasons, expect a win for Barcelona this Sunday at the Nou Camp. Do also count on in-form Robert Lewandowski to find the back of the net at least once.

Tips for Barcelona vs Athletic Bilbao