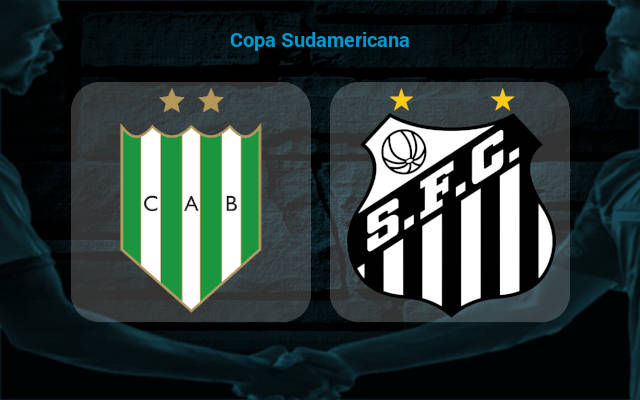 Banfield host Santos FC in the first round of the new Copa Sudamericana campaign on Tuesday evening at Estadio Florencio Sola.

This will be the team’s maiden appearance in continental competitions since 2018 when they reached the last 16 round of Copa Sudamericana.

Banfield will come into this tie in high spirits. They have won three, drawn two, and lost just two of the opening seven matches of the new Liga Profesional Argentina campaign.

Head coach Diego Dabove was happy to see his men keeping a clean sheet after back-to-back weaker defensive displays in the clashes against Defensa y Justicia and Union.

Banfield kept their net untouched in a 0-1 victory at Lanus three weeks ago. It was the third clean sheet in the last five league affairs for Dabove’s troops who will be looking to carry this form into the continental competition.

Banfield will fancy their chances of a good result here against Santos FC who have had a terrible campaign in the Campeonato Paulista A1.

Santos FC failed to exit the group stage of the competition, finishing their respective section behind the likes of RB Bragantino and Santo Andre (half-amateur team) with only three wins in twelve outings.

The team’s board reacted with the managerial change appointing Argentinean manager Fabian Bustos as the new head coach a month ago.

Bustos will have a lot of work to do on fixing the holes in Santos’ back line as the team conceded five goals in the previous two affairs against Ferroviaria and Agua Santa.

Banfield and Santos FC did not have an opportunity to meet each other in the past.

Santos have failed to keep things quiet at the back against lower-division teams in the recent Campeonato Paulista A1 affairs and we are not quite confident regarding their chances of success here against Banfield who got off to a promising start to the new LIga Profesional Argentina season.

We thus like the 2.20 odds offered for the home win pick, while the braver tipsters can also try with the Over 2.5 goals FT bet at the even more attractive 2.37 odds.