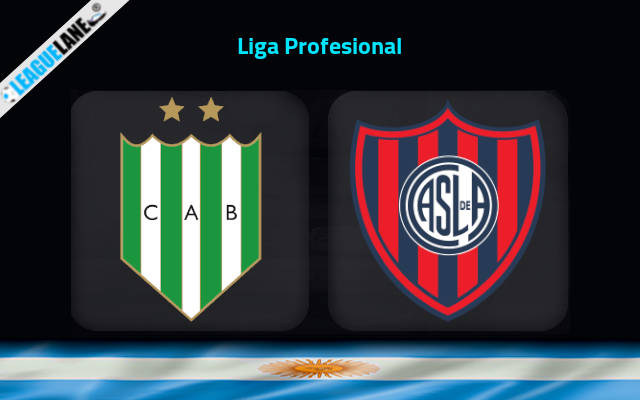 Gameweek 8 of Liga Profesional is set for this weekend as Banfield play host to San Lorenzo where both these sides differ by just a point and a place each.These two teams will be seen clashing at EstadioFlorencio Sola, this Sunday.

Banfield is at the 10th spot on the standing with 11 points from 7 games. They won 3 times in the league while having drawn and lost 2 times each. The hosts score goals but they have to improve up their defensive side as they have been letting in the same.

The home side will be hoping for a better result following the 2-3 Superliga defeat last time out to Union Santa Fe. Claudio Vivas’s men made attempts on goal a sum total of 9 times over their last 6 outings. The tally of goals that they have conceded from the same stands at 5.

On the other side, San Lorenzo resides at the 12th position on the table with 10 points. Of the 7 matches played, they won twice while drew on 4 and lost on one other occasion. The visiting side have scored 2 or more goals in 3 of their past 7 matches this season.

The visitors head into the meeting following on from a 2-1 win as they beat Boca Juniors in their most recent fixture. In the course of their 6 most recent matches, Rubén Insúa’s men have turned their attacks into goals 9 times therefore earning them the goals scored per game average of 1.5.

Banfield will be looking to keep up the momentum today against San Lorenzo, having lost just once from the last 5 fixtures. They even remain unbeaten in their last 3 home h2hs.

Meanwhile, San Lorenzo won just one away game this season but it’s likely that they will score today, as they have netted in the last 5 games coming into this one and have scored 9 goals in the last 5 matches.

Knowing that, we expect Banfield to seal a win this Sunday.