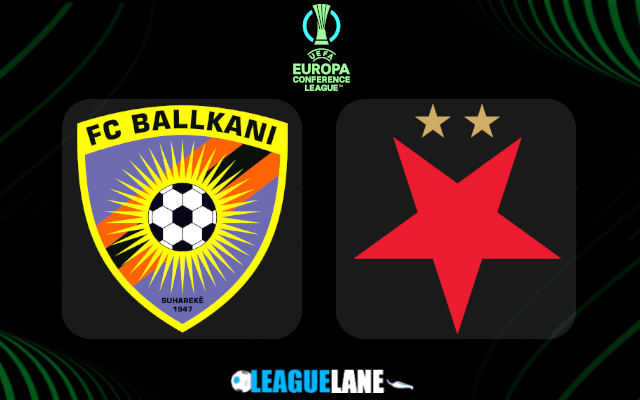 It seems that they are determined to repeat the same this time around. They are currently on the back of an impressive stretch of performances. Ballkani are on a 5-game winning streak at present.

But they have Slavia Prague on the opposite side which has a great competitive exposure when compared with Ballkani. Having won the reverse fixture 3-1, they are likely to have confidence to head into this fixture.

Going on, they seems to have some motivation in claiming the title which they lost the past season this time around.

It seems like they have picked up things from where they left off in the last season. The team currently sit at the second position in the Czech Republic top flight standings with the most number of goals scored in the whole competition.

They are unlikely to conceded a defeat in this form when they face the worst team of Group G, Ballkani on Thursday.

A closer look to the past 3 overall games Slavia Prague had appeared, we can see them netting 10 while allowing one. There is no doubt that such a display from their offensive line boost their spirits.

It doesn’t look like Trpisovsky will come down with any defensive hole on Thursday. So expect a one-sided affair with at least 2 coming from this Slavia Prague side.

Taking into account all these observations, we like to back Slavia Prague to Win & Over 2.5 Goals as the main bet at 2.37 odds for this one.