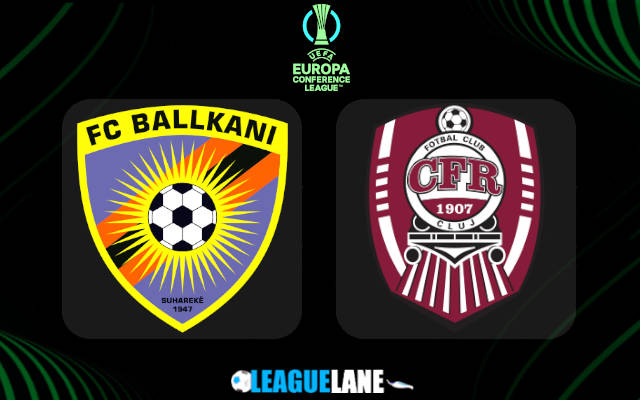 The team scored a total of 61 goals. In fact, none of the other squads touched the 60 mar. Do also note that they had let in a total of 26 goals which is the lowest goal conceded by any squad in the season.

It seems that they are determined to repeat the same this time around. They are currently on the back of an impressive stretch of performances. Ballkani are on a 3-game winning streak with a perfect score of 9.

Meanwhile, CFR Cluj were the champions of Romania the last season and they had advanced it to the Champions League qualification fixtures. However, they failed to survive the tests in the elite European clash and ended up in the Europa Conference League battle this season.

Moreover, CFR Cluj have not started their new season on a totally positive note. They had won 4 and lot 3 of their 7 league appearances so far this campaign.

Cluj were unbeaten in 14 of their past 20 overall fixtures and in the process they had gone on 2 separate 4-game winning streaks as well as another 2-fixture winning streak. They are also on a 4-fixture unbeaten streak on the road.

On the other hand, Ballkani were unbeaten 15 of their previous 20 overall fixtures and in the process they had gone on 2 separate 3-game winning streaks as well as another 5-fixture winning streak. They are also on a 7-match unbeaten streak in front of their home crowd.

Considering these observations, we expect a highly competitive affair on Thursday between the two.