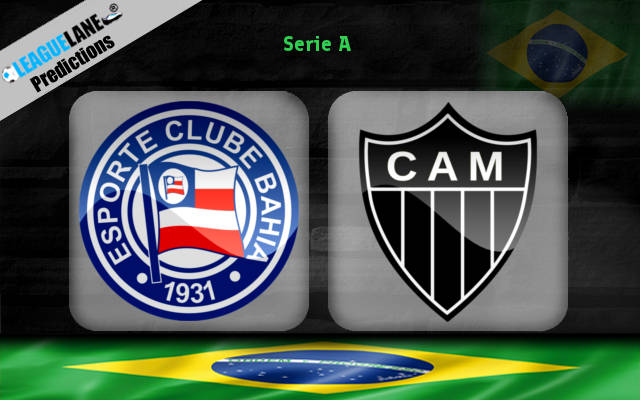 Atletico MG are one win away from the league title, and they will be eager to get the job done. They have been unbelievably good all through the campaign, and especially in the later stages of the season, they had raised their level even higher.

This Thursday, they take on the 16th placed Bahia, who have been one of the worst in the competition.

By all means, expect the toppers to secure the three points, and thus mathematically confirm their title.

Bahia had lost 2-1 on the road the last match-day, against Atletico Go, and were also winless in 21 of the past 27 games. They also have a total of three wins at home in the past three-month period, and two of these wins had come against teams placed 18th or below in the table.

On the other hand, their counterparts had win 11 of the last 14 fixtures, and they have lost just twice away from home since August.

Taking into account these observations, expect a win for the impending champions this Thursday.

Tips for Bahia vs Atletico MG