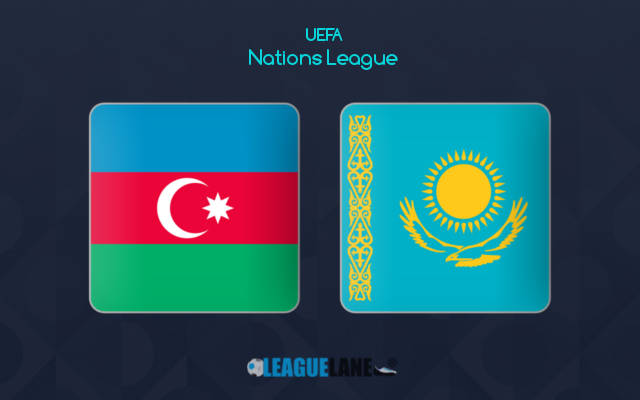 Kazakhstan secured the top spot in Group 3 of the UEFA Nations League C thanks to a 2-1 victory over Belarus on Thursday afternoon.

Mikhail Gabyshev opened the scoring with his first international goal in the fourth appearance of the Kazakhs, while the team’s best player Bakhtiyar Zaynutdinov bagged the late winner eleven minutes from time.

It was the landmark 10th goal for the national team for the CSKA Moscow midfielder. It will be very interesting to see whether head coach Magomed Adiyev will use him in this last game of the Nations League campaign.

Adiyev does not have a reason to include his best players in the roster for this match since the Kazakhs have already secured promotion to League B.

They have been phenomenal in this campaign, claiming 13 out of 15 possible points in five matches.

Kazakhstan will conclude the competition with the trip to Baku for the encounter against Azerbaijan who had another slow campaign.

The Azers scored only two goals in the opening four games, picking up only a single win in the process.

They do possess some talented players in their ranks such as Dinamo Zagreb’s Mahir Emreli and Qarabag’s Ramil Sheydayev.

Qarabag have generally achieved great results in the European competitions of late and they give the most players for the national team.

Nevertheless, Azerbaijan play very tight, defensive-minded football under Italian manager Gianni De Biasi. None of their previous five games in all competitions, including the 0-1 loss in a friendly against Latvia, saw three or more goals scored.

Kazakhstan are clearly in a much better place than Azerbaijan right now and the recent head to head results only confirm the status.

We are thus very much tempted by the look of the 3.25 odds offered for the away win pick. WE also like the Under 2.5 goals FT bet at the 1.61 odds.