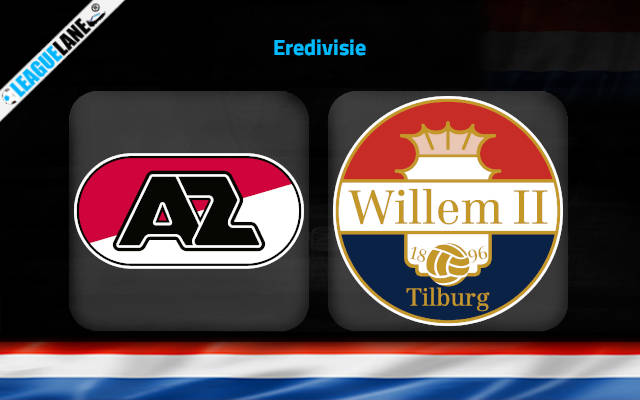 Willem II are set to travel to the AZ Stadion as they take on AZ Alkmaar in a league fixture this Saturday. Read our Preview, Predictions, and Betting Tips with Analysis here.

AZ Alkmaar is in midst of a very good run of games as they are making their ascent in the Eredivisie.

Willem II on the other hand are in shocking form and need to get some points under their belts before things could get disastrous for the club.

Cheesheads had a terrible start to the season as they lost 4 of their first 5 league fixtures. With just a couple of losses since the club currently occupies the 8th position, 11 points behind PSV.

Furthermore, they will go into the match with 7 games unbeaten. The side has qualified to the final 16 of the Conference League after they topped their group undefeated.

Tricolores could not have asked for a better start to the season as they lost just once in their opening 7 league fixtures, where they picked up 16 points. Things have been dreadful for the side since as they have not won any of their last 10 fixtures

The hosts are on a 4 match winning streak, while the visitors are on a 7 match losing streak. Willem II are most likely to suffer a heavy defeat in this fixture.

The Cheese Farmers have scored in 5 of their last 6 home matches in the league or 5 consecutive league wins at home. With them going against a club that has conceded 13 goals in their last 5 matches they should find the back of the net in both halves.