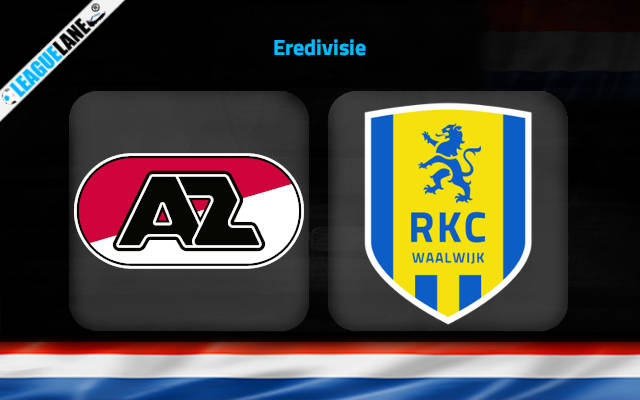 With only one game remaining to end this season, AZ Alkmaar will host RKC Waalwijk in the hopes of finishing Eredivisie on a high note. These two sides will battle it out at PAFAS Stadion, this Sunday.

Alkmaar is at the 5th spot on the standing with 61 points from 33 games. They won 18 times in the league while drew on 7 and lost on 8 other occasions. Their struggles at the defensive end of the pitch has also been another key factor as they have conceded 41 goals so far, although they have been solid at the opposite end of the pitch with 63 goals scored so far.

AZ head into this match after a 2-2 Eredivisie draw against FC Utrecht. That draw was their third in a row after Sparta Rotterdam and Ajax. They are leading the Conference League Play Offs but have failed to prevent opponents from scoring in all of their previous 6 matches.

On the other hand, RKC Waalwijk resides at the 13th position on the table with 35 points. Of the 33 matches played, they won 8 times in the league while drew on 11 and lost on 14 other occasions. The visitors need to improve up their defense as they have been conceding goals recently even though they win games.

RKC head into the clash after a 2-0 league win to defeat Heracles Almelo in their last game. For 5 of the previous 6 clashes involving them, a comparatively low number of goals have been hit between them and opposing teams.

AZ has enjoyed playing at home recently, with the side currently unbeaten in 4 games. It’s likely that they will score today, as they have netted in the last 6 games coming into this one and have scored 9 goals in the last five fixtures.

Meanwhile, RKC won the reverse fixture by 1-0. They haven’t won away from home in the past 2 league matches.

The visitors have also a poor away record over this rival since their past 11 away h2hs. Due to these constraints, we feel that a home win is likely to occur this Sunday.