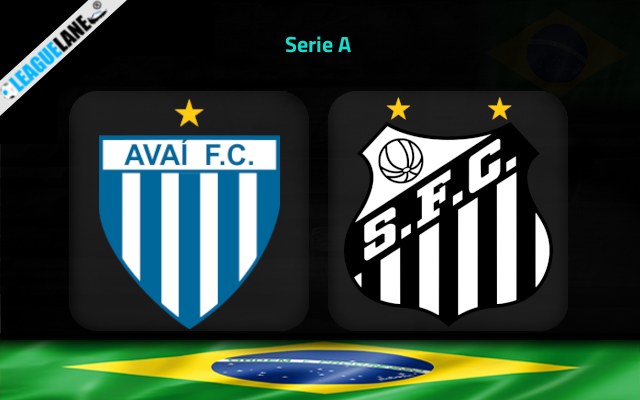 Avai had an average start to this season. They recorded the same further and currently follows an inconsistent form. As a result, they are pushed down to the 16th spot of the table, at the verge of the relegation picture. With the aid of home advantage in the upcoming fixture, they will be hoping to record a positive outcome.

Avai recorded a demotivating 4-0 defeat on road against Bragantino in their most recent league fixture. With that defeat, they are following a streak of four winless games in the league. Three of them were negative displays with their defense leaking two or more goals.

Meanwhile, Santos have been going through an average form so far this season. Their consistency in maintaining the unbeaten run lately is impressive. As a result, they are positioned inside the promotion zone ll of the league table. They will be hoping to climb ahead.

Santos recorded a 1-0 win in their most recent league fixture at home against Atletico GO. They were on the back of negative display, first in the past 8 league outings before recording the above win. The bettering display of them right after conceding a defeat is enough to prove their confidence.

The current home form of Avai looks inconsistent too. They are winless in four of the past five league outings at home. Their defensive line-up have leaked two or more goals in each of their past three home outings too.

On the other side, Santos is following an unbeaten streak on road of late. They are unbeaten in each of the past four league outings on travels.

On top of that, Santos possesses a decent head to head form against Avai. Therefore, we back Santos to seal a win from this fixture.