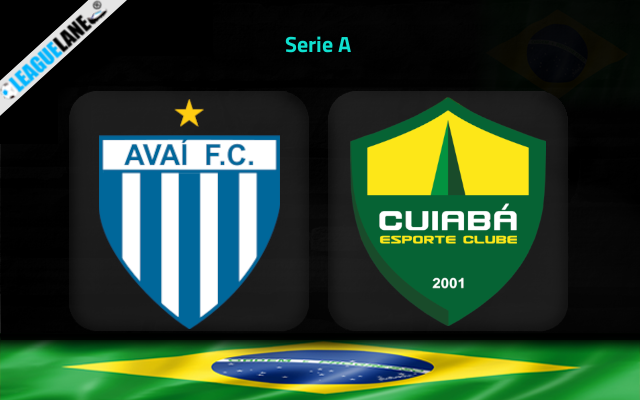 Avai had an average start to this season. They recorded the same further and currently follows an inconsistent form. However, they occupies a spot inside the promotion zone ll. With the aid of home advantage in the upcoming fixture, they will be hoping to record a positive outcome.

Avai recorded a 2-2 draw against Palmeiras at home in their most recent league fixture. It was their third unbeaten outcome in the past four league fixtures. Their offensive side have been also scoring goals at a fine rate too.

Meanwhile, Cuiaba possesses a disappointing winless form this season. Their inconsistency and a disappointing defensive line-up have pushed them down to occupy the 18th spot of the table, which is inside the relegation spot. They will be hoping for a better display

Cuiaba recorded a 1-0 defeat on road against Goias in their most recent league fixture. With that defeat, they are following a winless thread of four subsequent games in the league. They will be hoping to end up this winless slump by sealing a positive outcome.

On the other side, Cuiaba lost each of their past five on road league fixtures. Their defensive line-up have leaked goals in a worrying fashion too. They leaked two or more goals in four of the past five league fixtures on road.

Therefore, we back Avai to seal a win against Cuiaba when they both meet in a Serie A fixture on Sunday at Ressacada stadium.