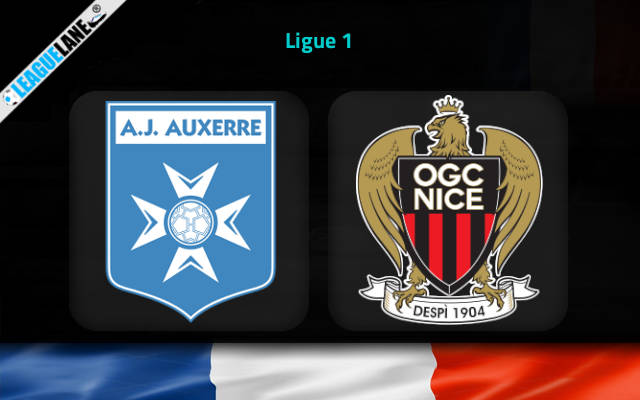 Auxerre have slowly started to feel the strength of a higher division football. They took just one point in the previous six league outings.

The latest failure came last Sunday when Auxerre lost 2-1 away at Clermont. Two days later, the board decided to part ways with Jean-Marc Furlan.

His successor is still unknown and the assistant manager could easily get a chance to lead the team on Sunday afternoon when bottom-half rivals Nice come to visit Stade de l’Abbe Deschamps.

Nice ended a two-loss streak seven days ago by beating Troyes 3-2 on the home patch. Lucien Favre’s men had a three-goal lead by the 50th minute but almost dropped it after conceding two goals in the final eight minutes of the outing.

Favre has an exciting attacking line led by the likes of Andy Delort and Nicolas Pepe. They were both on target in the mentioned win over Troyes last weekend.

Delort, Pepe, and company should have plenty of space to deliver he against Auxerre who have allowed at least two goals in five of the previous six Ligue 1 affairs.

We also have to say that Auxerre only notched ten goals in the opening ten games of the season. Given Nice’s strong defensive numbers up until the last weekend’s clash against Troyes, we have reasons to expect the hosts to struggle to get things going up front on Sunday.

Auxerre are not pulling up any trees these days. They are without a manager after losing five and drawing one of the previous six league outings.

We have to favor the visitors who are 2.05 to win here. We also like the 3.20 odds offered for Nice to win & Over 2.5 goals FT bet knowing how poor Auxerre have been defensively of late.