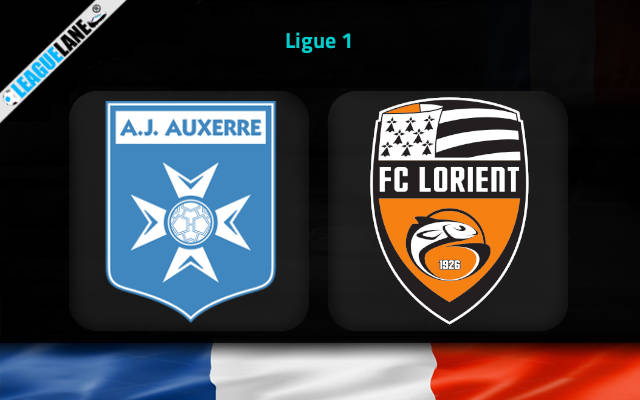 Lorient moved up to fourth place in the Ligue 1 standings after getting their third subsequent victory last weekend.

Dango Ouattara pulled off another fantastic display with a goal and an assist against Les Canaris.

He now has three goals and four assists in the opening seven games of the season. Lorient have now notched two or more goals in five of the last six league outings.

They will have a great chance to keep both their impressive attacking form and the winning thread going on Friday evening when they travel to Stade de l’Abbe Deschamps to battle recently-promoted Auxerre in the first game of Matchday No 8.

Auxerre will enter this affair in a completely opposite mood having suffered a demolishing 5-0 defeat at Rennes last weekend.

It was the third successive league defeat for Jean Marc Furlan’s troops. They have a 1-9 goal difference from the previous three league outings against Lyon, Marseille, and Rennes.

Also, Auxerre own the third-worst defensive record in the league with 16 goals allowed in the inaugural 7 rounds.

This will be the music to the ears of Teremas Moffi, Dango Ouattara, and company who are scoring goals for fun these days.

Auxerre lost three games on the spin, while Lorient will enter the match on the back of three consecutive victories.

We just have to take the 2.62 odds offered for the visitors to get the win here. The value is also great with Terem Moffi (Lorient’s top scorer with five goals in seven rounds) to score anytime at the odds of 2.87.