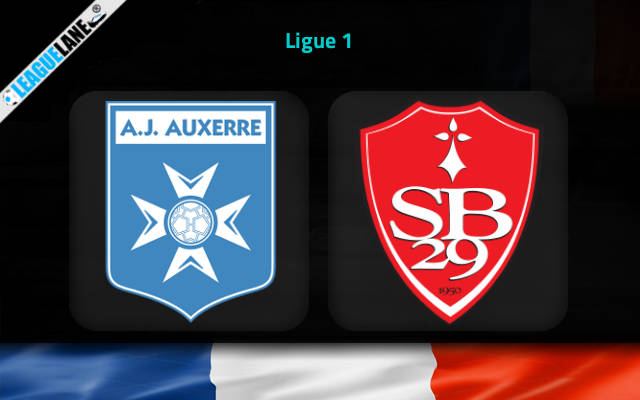 Auxerre and Brest are possibly two of the worst teams in the French top flight, and understandably are placed in the bottom-most tier of the table. They lost most of their recent fixtures, and are letting in goals in huge numbers too.

Auxerre are placed 16th in a table of 20, and so far they managed to win just two games. Note that they also let in the most number of goals of all the teams in the competition. Do also note that they are the only squad in the whole league to have lost the last four matches in a row.

It also needs to be mentioned that they won just once at this venue in the current season, and this sole victory came against the 18th placed Strasbourg.

Going on, they also let in the second-most number of goals in the league, and they are one of the very few teams in the competition to have remained winless in the past five fixtures.

Moreover, goals also came in plenty whenever these two teams locked horns in the past, and taking into account all these observations, expect a high-scoring affair this Sunday.

Auxerre are on a four-game losing streak, and they let in 12 goals in the process. Note that they were also winless in six of their past eight overall fixtures. Moreover, they were winless in three of their past four appearances at home.

On the other hand, Brest were winless in nine of their past ten overall games, and they also lost four of their previous five matches. In addition, they also lost seven of their former ten road trips.

Considering all these observations, expect a goal-fest this Sunday between the two teams.

Tips for Auxerre vs Brest