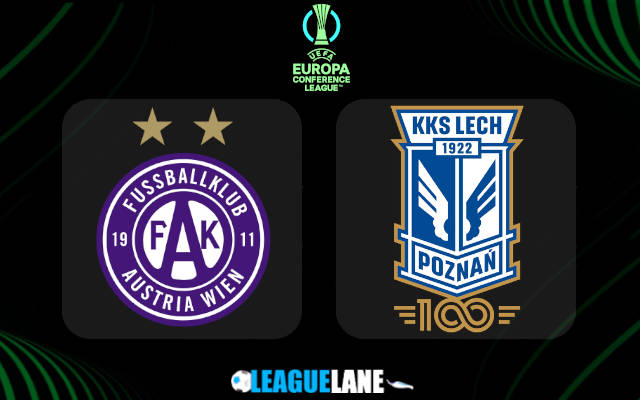 Despite losing the opening game of Group C, Lech Poznan are second on the table. They will travel to Generali Arena for the second leg against Austria Wien on Matchday 5 in Group C of the Conference League.

The host are yet to win a game even after four matchdays have been finished. They defended poorly in the first leg, as the visitors scored four goals against this team. We can expect Manfred Schmid’s side to be not very generous in the return fixture.

As most recently they lost to leaders Villareal by a narrow one-goal margin. They will be intent on winning with a clean sheet this week to restore some confidence since they are yet to win in Group C.

The defence have let the home team down in the group stage matches so far, as they have conceded the most number of goals in this group.

At the same time, the visitors will likely pack out their backline and leave no space in behind if they wish to win all three points.

This is a must-win fixture for the visitors if they wish to advance to the next round of the competition. The host will have a difficult time as the visitors are unbeaten since Matchday One. On that note, we can expect a defensive approach from the host.

Do also note that, in the first leg Kristoffer Velde scored an important brace for the visitors.

Our prediction is that Lech Poznan will win this game – at 2.60 odd. This is after considering that the visitors are on a three-game unbeaten streak. Also, in the first leg they won by a four-goal margin.

Our second tip for this game is that Over 2.5 goals will be scored – at 1.90 odd. The visitors have scored eight goals since the opening fixture. The last time both these teams played a a combined total of five goals were scored.