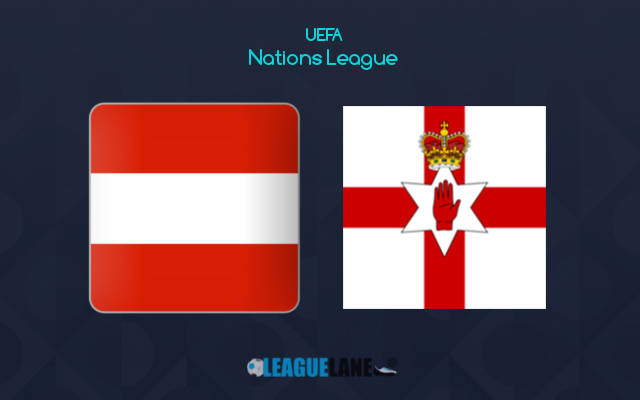 Austria’s loss in an earlier UNL clash with Romania has caused them to level points with Norway in the League B Group 1. The host is on a two-winning streak in the UNL schedule and will host on the back of a 0-3 win on the road against Luxembourg in an international friendly last time out.

Winless in the UNL fixtures so far this term in League B Group 1, Northern Ireland is at the ultimate bottom of the table with just one point from their four league appearances until now. They have lost their last three UNL matches, following a 1-0 loss on the road against Norway in the last league clash.

There is no doubt that the team with a winning streak in the campaign has a slight edge over the opponents who have won none of their UNL clashes so far this season. Austria enjoys the ground advantage in the game, and the last three clean sheet wins in their schedule backs their form in the middle.

On the other hand, Northern Ireland has been winless in the last seven clashes across all major competitions in their schedule. The visitor has failed to score in their recent two defeats in the UNL fixtures.

The home win in full-time will probably be the best bet for the punters in the encounter. Besides, the visitor is in a poor form on the road and also in the campaign this season. That’s why backing the home team to win seems to be the ideal choice in the fixture.