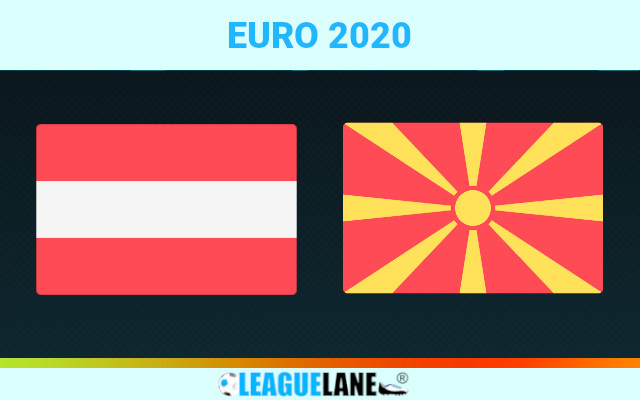 Group C will open up with Austria against North Macedonia and the Austrians will be the odds on favourites to win this game.

Austria have climbed up the rankings and come into Euro 2020 ranked in 23rd place. The nation qualified in 2nd place to make it to this tournament winning 60% of their games in the process.

This will be Austria’s 3rd European Championships with their first being in 2008 and the nation have really improved over the past decade. Up until now they have never made it out of the group stages.

With 5 games played so far this year Austria are struggling for form with just 1 victory which came against the Faroe Islands with that game finishing 3-1. In their latest World Cup qualifying Austria lost 4-0 at home to Denmark.

The Austrians have played a couple of friendlies in the build up to Euro 2020 and lost 1-0 to England and drew 0-0 against Slovakia.

Everyone is talking about North Macedonia’s stunning 2-1 victory away to Germany in the World Cup qualifiers earlier this year and that really has had tongues wagging. The nation come into this tournament in good form with 4 wins in a row. In their last match they beat Kazakhstan 4-0.

There are no major injuries for the nation coming into the Euro’s but they have switched from a 3-5-2 more into the traditional 4-4-2. It has served them well in their last two games where they have conceded just once.

Veteran forward Goran Pandev didn’t play the full 90 minutes in the team’s last warm up game. But he is fit to play and came from only for a tactical switch. The nation look set to pack the midfield with five in the center.

The nations have only played each other two times with Austria winning both games and scoring 6 goals in that time.

Austria are the favourites based on their ranking and also because they have had the better of North Macedonia in the games played so far. What is interesting though is that it is clear for anyone to see that North Macedonia are a nation improving very quickly and this game does not seem like it will be an easy one for Austria.

Take into account that five months before North Macedonia lost away 2-1 to Austria they had lost 4-1 at home to the same side. Austria are around 1.70 to win this game which seems quite short and the value is on North Macedonia to pull off a win. The safer option would be to back North Macedonia on double chance to cover the draw and this still offers us great value.

This is a fixture that has goals in it and with more difficult games coming up for the nations one would feel that both will be going all out for the victory here so we expect to see plenty of goal mouth action.