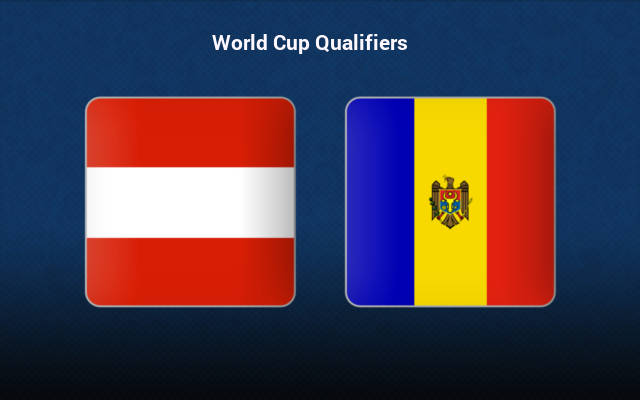 Moldova are placed dead-last in the table, and they were out of contention for qualification very early. All they now need would be to just get this ordeal over with.

Meanwhile, the Austrians are mathematically out of the race for a top-two finish, but their hopes of a securing a ticket to Qatar are still alive. They could gain entry into the playoffs as one of the two Nations League group winners.

And if that happens, they need confidence and momentum – especially with playoffs being much more competitive and nerve-racking. As such, expect Austria to give it all on the pitch, and deliver a confidence-boosting win against minnows Moldova.

Going on, the Moldovans had conceded the most number of goals in the group (24 from their eight games till now), and they have scored the least as well.

They had lost 2-1 on the road the last match-day, against Israel, and they are also on a five-fixture losing streak. They had also conceded two or more goals in seven of their former nine games, and importantly they had lost 25 of their past 30 games.

Furthermore, note that they are ranked 181st in the world, as opposed to the Austrians taking the 32nd spot in the same list.

Austria did lose 1-0 on the road the last match-day – but it was against toppers Denmark, and they had also remained unbeaten in 22 of their past 30 matches. In the process, they had gone on two separate three-fixture winning streaks, and a five-game winning stretch.

Moreover, they had made it till the Round of 16 in the 2020 Euros, and there they were eliminated by eventual champions Italy.

Considering these observations, expect Austria to make light work of their opponents – who are comparatively minnows.