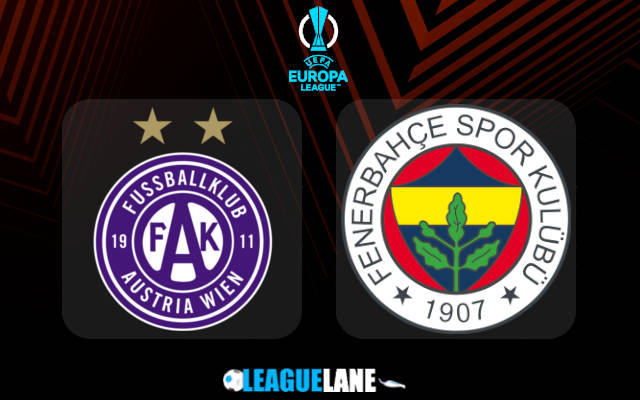 Austria Vienna and Fenerbahce take on each other in one of the most exciting ties of the UEFA Europa League playoffs.

The first leg will be played on Thursday evening at Generali Arena in Vienna. The hosts will be looking to forget the slow start to the new Bundesliga season and shift the entire focus on to success in the continental competition.

Austrian manager Manfred Schmid has huge problems with the lack of meticulousness in his team’s defensive line at the beginning of the season.

Austria Vienna sit at the very foot of the Bundesliga standings with one win, one draw, and two defeats in the inaugural four rounds.

It is worth noting that they started the season with three points deducted by the league. They have just celebrated the maiden win of the domestic campaign on Saturday, beating WSG Tirol 2-1 on the home patch.

Nevertheless, the team still conceded a goal, much like they did in all four league outings so far in the season.

Luckily for Schmid and his troops, their rivals Fenerbahce have not actually been much better defensively themselves at the start of the 2022/23 campaign.

The Turkish heavyweights began the new Super Lig season with a surprising 3-3 draw at home to newly-promoted Umraniyespor.

Fener were earlier eliminated from the UEFA Champions League by Dynamo Kyiv 1-2 on aggregate.

They then demolished Czech side Slovacko in the third qualifying round of Europa League 4-1 on aggregate, mainly thanks to a 3-0 victory in front of the home crowd.

Both Austria Vienna and Fenerbahce have been very easy to break down at the beginning of the season and we can hardly see either squad keeping a clean sheet when they come across each other.

The value is great with the Over 2.5 goals FT & Both Teams To Score pick at the 2.25 odds, while you can also try with the draw at the exciting 3.30 odds.