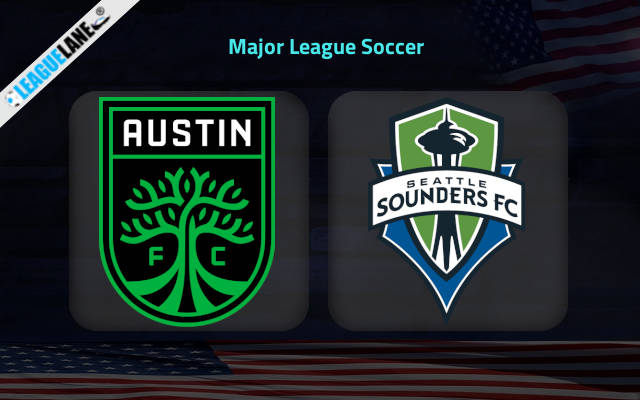 Austin FC were by far the most pleasant surprise after the opening two rounds of the 2022 MLS campaign, clinching back-to-back super-impressive wins over Cincinnati and Inter Miami.

The Texans are only playing their second MLS campaign this time around and they stunned everyone by putting five goals past Cincinnati and Inter Miami each in the inaugural two Matchdays.

However, these were both home outings against two of the weakest teams in the division. Josh Wolff’s men faced their first genuine test last weekend when they traveled to Providence Park to battle last season’s MLS Cup runners-up Portland Timbers.

Although they have put up a strong fight on the occasion, Austin FC left the place empty-handed after a 1-0 defeat, their maiden of the season.

Wolff’s troops are about to be seriously tested once again on Sunday when one of the most consistent teams in the last decade comes to visit Q2 Stadium in Gameweek 4.

Seattle Sounders have played in four of the last six MLS Cup finals, winning two trophies in the process.

This, however, did not help them at the beginning of the season when they suffered back-to-back 0-1 defeats to Nashville SC and Real Salt Lake.

The team led by Brian Schmetzer bounced back last weekend when they recorded the maiden win of the season by beating LA Galaxy 3-2 at Lumen Field.

They have managed to snatch the maiden MLS win last weekend and we believe they are set to back it up here against Austin FC. You can back the visitors at the sky-high 3.30 odds.