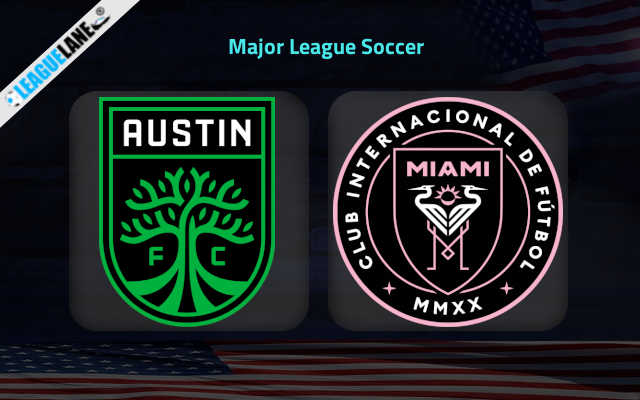 Austin entered their second MLS campaign in a spectacular fashion as they demolished Cincinnati 5-0 on the home patch seven days ago.

Cecilio Dominguez starred with a brace, while Alex Ring and Sebastian Driussi managed to find the back of the net as well in the drubbing of Cincinnati on the opening day.

It was also the biggest win in the Texans’ history since they have not been as convincing against any team in the previous term of MLS.

Austin are thus the MLS leaders after Gameweek No 1. As nice as it is for the fans to see them there, it is very unlikely to expect them to stay at the very top for a long period.

We must not forget that this team ended the previous MLS term 24th overall. A demolishing win over the weakest team in the competition for three years running does not have to mean much at all.

Austin are about to be seriously tested in Sunday when they take on Inter Miami in one of two league outings for the day.

Inter Miami opened the season with a goalless draw at home to Chicago Fire. It was an eventful goalless stalemate as both outfits missed numerous chances on the occasion.

It will be very interesting to see how Phil Neville will line up his troops here against Austin, knowing that the Texans have just put five goals past Cincinnati last time out.

Austin will run into a much tougher defense here and we would not be surprised to see their offensive line struggling to break Inter Miami down on Sunday. To be fair, we are surprised to see the 1.60 odds offered for the home win pick because it is very hard to justify such a price despite the opening round’s results.

We will go for the value and back Inter Miami not to lose at the odds of 2.25. The Under 2.5 goals FT also looks like a decent betting option at the 2.00 odds since we expect a close and tight affair between two evenly-matched rivals.