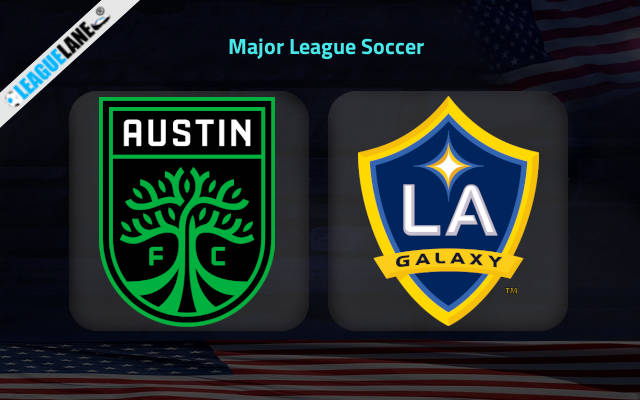 Austin FC and LA Galaxy meet each other in a mouth-watering Western Conference derby set to close the Gameweek in Major League Soccer on Sunday evening at Q2 Stadium.

The hosts will be hoping to claim another memorable scalp here and it will be very interesting to see how they are going to cope with one of the best defensive sides in the league here.

Austin FC are definitely the most pleasant surprise of the season so far. It took them more than 25 matches to collect 20 points in their first-ever MLS campaign last year.

They have reached this number of points after as few as nine outings of the 2022 campaign which best describes their fantastic efforts at the beginning of this season.

The Texans are second on the West and second overall in MLS at the moment, sitting right in the sandwich between two Los Angeles teams.

They will enter this tie in the highest of spirits after a thread of four consecutive victories. The latest came last weekend when Daniel Pereira and Sebastian Driussi bagged goals to complete a comeback against Copa Tejas rivals Houston Dynamo on the road.

LA Galaxy, on the other side, ended their five-game undefeated streak with a narrow 1-0 defeat to Real Salt Lake in Utah.

They found the late equalizer through Dejan Joveljic but VAR ruled it out leaving Greg Vanney’s men empty-handed on the occasion.

Austin FC have been scoring goals for fun so far in the season, especially former Zenit St Petersburg forward Sebastian Driussi who already has seven goals to his name in this term of MLS.

However, LA Galaxy have conceded only a single goal in the previous four league games and their stern defense certainly has what it takes to troubles any team in the division. We will thus go with the Under 2.5 goals FT as the main bet at the 1.95 odds, while the braver punters can take the 3.30 odds offered for the draw.