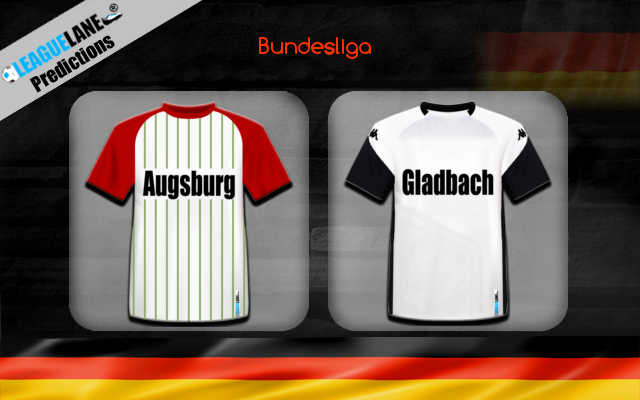 The Foals travel to Augsburg gunning for a win, hoping to maintain their foothold in the race for Meisterschale in Saturday’s Bundesliga match.

Another day, another away defeat for Fuggerstädter as Europa League participants Bayer Leverkusen got the better of them in one-sided affair that somehow ended with just two goals in Augsburg’s net.

Martin Schmidt’s men still can’t snap out of limbo they’ve got themselves into in the last days of 2019 and their slow drop down the Bundesliga table continues; currently at 12th, any hope they’ve had for another year in continental football is now extinguished with relegation dogfight still in the cards unless their form massively improve, and quickly.

While their struggles are mostly down to terrible performances on the side, at WWK Arena points are dripping rather consistently, with Borussia Dortmund being the last team to beat them in front of their own fans since November rolled in; matches in here are usually tight affairs, with Augsburg prevailing later in the game, something they couldn’t do when they faced Freiburg two weeks ago even though they had fair share of chances…

The Foals had everything in their hands, an early lead thanks to Matthias Ginter, truckload of chances successfully squandered, they’ve even got a penalty late on but Hoffenheim somehow came out alive, with a point in the bag following 90th minute equalizer.

That was kind of a heartbreaking moment for Borussia fans, rather shocking as it put an end to their winning run at Borussia-Park which stretches back to August and first Bundesliga rounds and marked another misstep for the Foals in their title push; they stayed at 4th place, with a game in hand, only now Bayern and the top of the mountain being six points away.

Another thing that prevent Marco Rose and his pupils from mounting a serious title challenge is their unpredictable away form; among top sides, the Prussians are easily the most inconsistent but with signs of improvement since loss v injury-ravaged Schalke 04 as they’ve got a point off Leipzig (though they had 2-0 lead) and smashing a minnow Fortuna at Dusseldorf, something they had a hard time doing…

One whole team might end up MIA for Augsburg, if these injury reports are correct. Three players are out 100%, Daniel Baier through suspension, Julian Schieber and Simon Asta through injuries with lots of players catalogued as “maybes”, including Moravek, Giefer, Lichtsteiner, Oxford, Córdova and Malone.

Fewer issues for Marco Rose as Florian Mayer is slowly integrating back into team after ACL tear with Fabian Johnson battling a bad case of cold. That’s it.

While one can accuse Martin Schmidt of many shortcomings, one thing you can’t say about his sides is that they’re boring. The man prefer attacking football, leaving lots of spaces behind which in multiple cases ended up being his undoing but we, audience, are usually gifted with goals. And I believe we’ll see at least three in Saturday’s clash with Borussia.

Monchengladbach is, at least on paper, much better side than out-of-form Augsburg. Combined with their improvement on the road, fully fit squad and preferable h2h history with Fuggerstädter, the Foals should be winning this, if they’re at least one bit serious about mounting a title challenge. If their wonky away form worries you, go with Draw No Bet.