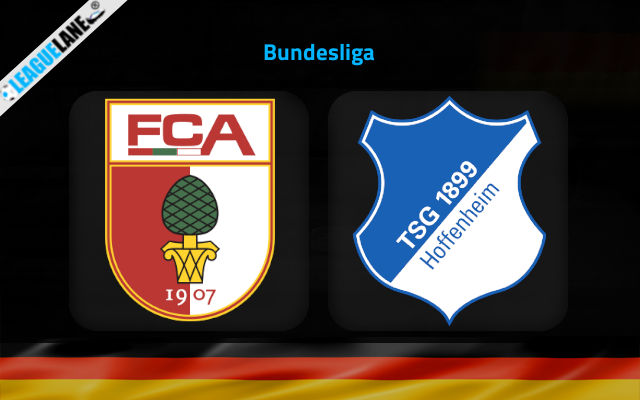 Augsburg and Hoffenheim are set to lock horns at WWK Arena on the opening day of the new Bundesliga season.

Goals will be on the cards when Augsburg and Hoffenheim come across each other in the opening round of the 2021/22 Bundesliga campaign.

Both teams enter the new season with an exciting attacking prospect and we would not be surprised to witness goals galore in their head to head matchup at WWK Arena.

After all, both Augbsurg and Hoffenheim have been pretty inspired in the final third in pre-season.

The head coach Markus Weinzierl (returned at the helm three rounds before the end of the previous season) has really strong attacking weapons in the likes of Alfred Finnbogason (was injured throughout most of the last season), Neiederlechner, Jensen, and Hahn.

When we add talented midfielder and a Germany U21 star Niklas Dorsch to the mix, we get a team well capable of hurting Hoffenheim’s defense on Saturday.

Speaking of Hoffenheim’s back line, they shipped two goals in a narrow extra-time victory over lower-division Viktoria Koln at the start of their DFB Pokal journey on Monday.

Backing goals has to be the way to go here and we don’t see a better pick than the Over 2.5 goals FT & Both Teams To Score at the odds of 1.80 here. Those who fancy the anytime goalscorer market can try with either Alfred Finnbogason for the hosts at 2.75 odds or Andrej Kramaric for the visitors at the 1.90 odds.

The Croatian forward completed a brace on Monday at Viktoria Koln and he is definitely a smart call for the anytime goalscorer bet in what is expected to be a high-scoring contest.