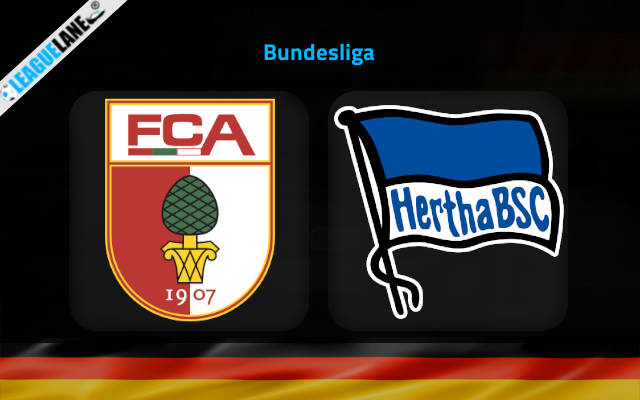 Both Augsburg and Hertha Berlin have been struggling to find the adequate rhythm at the beginning of the new season in Bundesliga.

The two outfits will come into their 5th round clash off the back of respective losing threads.

Augsburg have indeed had a rollercoaster campaign so far in the season, even though we are only looking ahead of Matchday No 5.

Head coach Enrico Maasen made his debut on the bench in the Bundesliga with a tough 0-4 home loss to Freiburg.

He then led the team to a shocking 1-2 victory over Bayer Leverkusen away at BayArena only to suffer successive defeats to Mainz and Hoffenheim in the following two outings.

Fuggerstadter did not look good at all last Saturday against Hoffenheim as they were even lucky to concede just one goal in a narrow defeat in Sinsheim.

The match against Hertha Berlin provides a nice chance for the hosts to terminate their losing run.

Hertha have only managed to claim a single point so far in the season. It came in the second round’s 1-1 draw to Eintracht Frankfurt.

Manager Sandro Schwarz has huge problems with the lack of proper offensive options in his team’s lineup.

The Berlin squad have failed to score in the last two defeats to Borussia Monchengladbach and Borussia Dortmund.

On a positive note, Schwarz can be satisfied with his team’s recent defensive showings because Hertha only conceded one goal in each of the previous three league outings despite facing serious rivals in the last two matches along the way.

Both Augsburg and Hertha Berlin are struggling badly for goals at the start of the season which makes the Under 2.5 goals FT pick by far the best betting option at the 1.90 odds.

We don’t expect either manager to take unnecessary risks early in the game which is why we will take the 3.00 odds offered for the Under 0.5 goals in the first half.