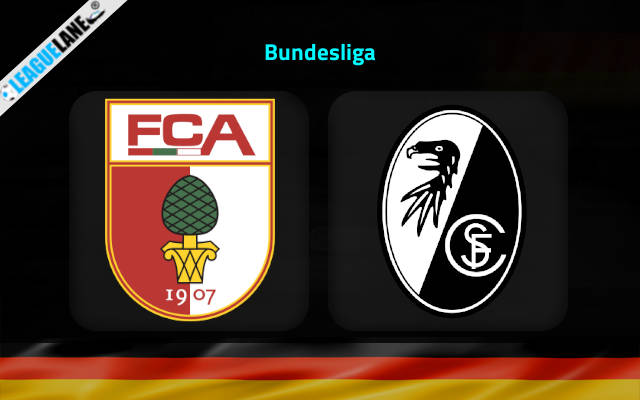 Freiburg were one of the best teams in the German top flight the last season and deservedly they had secured a top-tier finish which enabled them to secure a ticket to the upcoming edition of the Europa League. Meanwhile Augsburg have been one of the worst teams in the league and they barely stayed above the relegation cut-off at the end of the campaign.

Augsburg had finished 14th in a table of 18 and all through their run they were able to deliver a total of 10 wins. Do also note that they had a surplus of just 5 points over the relegation cut-off.

Even into this new season they have been carrying on with this form, and are letting in goals in huge numbers. It does not matter for them if they are at home on the road, their defensive stats are now expected to be worrisome.

Meanwhile Freiburg had finished 6th in the table the last season and they had missed out on a Champions League spot by just 3 points. They have also been on a good stretch of performances away from home and have found the back of the net consistently.

And finally, and most importantly, they have a superb head-to-head record against this rival over the years and judging all these observations, we infer that Freiburg are about to post the 3 points on the board this Saturday.

Augsburg were winless in four of their past 5 overall fixtures and they had also remained so in 8 of their previous 12 games. They are also on a 2-fixture losing streak at home and they had let in a total of 4 goals in the process.

Moreover, they were also invincible in 9 of their past 11 road trips and all along they had found the back of the net in plenty.

Taking into account these observations, as well as the head-to-head domination of Freiburg, expect a win for them this Saturday.

Tips for Augsburg vs Freiburg