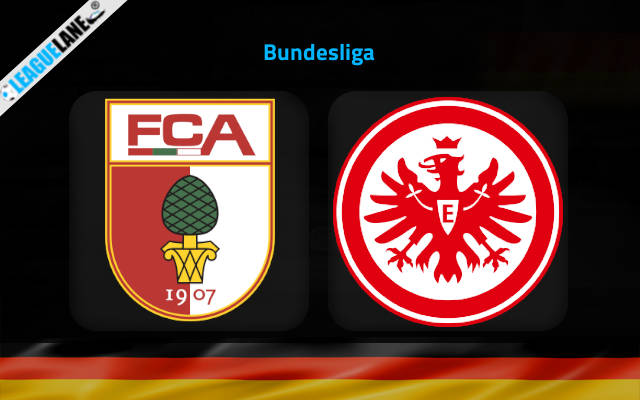 Eintracht Frankfurt are doing fairly well against the lower half of the table teams. However, they need to produce results against stronger teams if they are to make a push for Europe.

Augsburg meanwhile will head into the fixture winless in over a month and that has not helped their cause of getting out of the relegation battle.

Fuggerstädter in their most recent league fixture were not able to hold on to the lead as they lost to Hoffenheim away from home by a score line 3-1.

With two draws and a win preceding that result, the club currently occupies the relegation playoffs spot. They are level on points with 15th place Stuttgart.

Die Adler following three consecutive wins in the league ended second best to Dortmund on the last matchday at home. Rafael Maury’s brace was not enough for the hosts as they blew a two goal lead by conceding three goals in the last twenty minutes of the match to lose 2-3.

Thus with nine points from their previous five league matches the club is now 8th in the Bundesliga, a point shy of one of the spots for the UEFA competitions.

The hosts have lost just once in their previous six home games. While that is an impressive stat for a club fighting against relegation, it would be hard to bet against a club that has won three of the previous four matches on the road and have an impressive record against teams lower  down in the table.

Therefore I have opted for a draw no bet in favour of Eintracht Frankfurt for this weekend fixture.

Five consecutive fixtures at this venue have witnessed goals from both clubs. Furthermore, with all but two of the visitors away games this season witnessing goals from both teams, expect the outcome for this fixture.