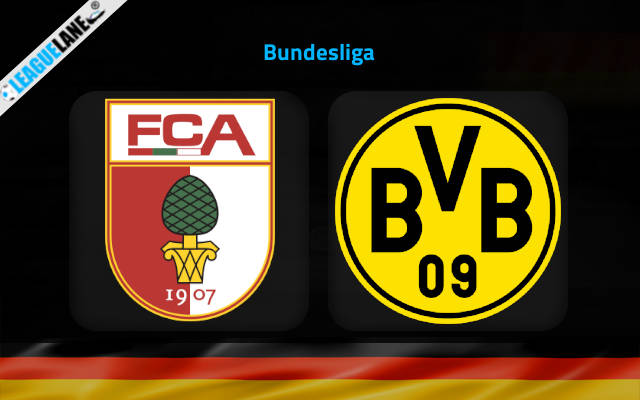 Augsburg and Borussia Dortmund will close the Matchday No 24 in the elite class of German football on Sunday afternoon when they take on each other at WWK Arena.

Both teams need points for their respective separate battles. Borussias Dortmund took advantage of some surprising Bayern Munich’s slip-ups in the last several weeks (namely a 4-2 loss at Bochum) to narrow the gap behind reigning champions to six points at the top of the Bundesliga standings.

The visitors have shown one of their best performances of the season last weekend when they destroyed Monchengladbach 6-0 at Signal-Iduna-Park.

The team led by Marco Rose thus found the best way possible to respond to a shocking 2-4 home loss to Rangers in the first leg of the UEFA Europa League last 32 round ten days ago.

Borussia Dortmund have won five of the last six Bundesliga outings and they will travel to WWK Arena on a high.

On the other side, Augsburg need salvation points, currently sitting third from bottom, one point behind Hertha Berlin in the safe zone.

The team led by Markus Weinzierl have had problems to keep things quiet defensively in their latest games which is certainly not the best sign ahead of the clash against free-scoring Dortmund.

Augsburg lost three of the last four Bundesliga outings, shipping as many as ten goals in these three defeats.

Borussia Dortmund have been scoring goals for fun recently. They notched three or more goals in five of the last six Bundesliga matches. Since Augsburg allowed ten goals in three losses within the previous four league rounds, we can only expect the visitors to continue their tremendous goal-scoring form on Sunday.

We will take the 2.35 odds offered for Borussia Dortmund to win by at least two goals difference, while you can also back the Over 3.5 goals FT bet at the 6/5 odds.