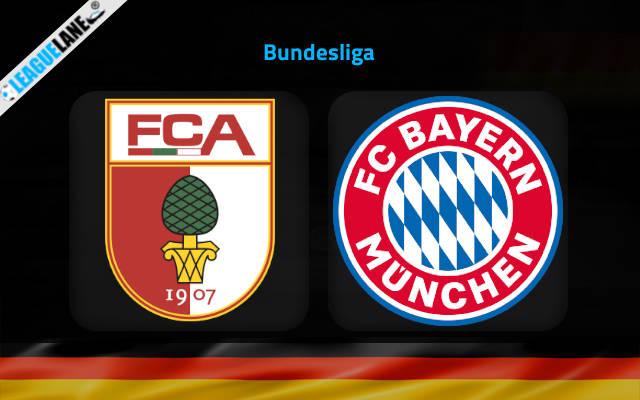 Bayern Munich desperately needed a result on Tuesday evening against Barcelona confidence-wise and they indeed got one, beating the Catalan heavyweights 2-0 at Allianz Arena.

The Bavarians did not shine throughout the whole course of the game but a corner-kick opener and a moment of Leroy Sane brilliance were enough for the big win in the UEFA Champions League.

Things look much brighter in perspective for Julian Nagelsmann and his men now, especially after the rumors about the lack of chemistry in the team’s dressing room.

The reigning champions indeed did not look to be at their very best in the recent domestic league games, going on a streak of three successive draws in Bundesliga.

The latest came last Saturday when Stuttgart got away with a point from Munich thanks to a late stoppage-time penalty-kick equalizer through Serhou Guirassy.

The Bavarians have a nice opportunity to finally return to winning ways in Bundesliga as well since they travel to WWK Arena to battle Ausgburg in the seventh round of the competition.

Augsburg snapped their three-loss streak with a 0-1 victory away at Werder Bremen last weekend but this win will count for little when they come face to face with the strongest team in the country.

Bayern Munich can ill afford more slip-ups after playing three consecutive draws in Bundesliga. They are huge favorites here against Augsburg and we believe they will clinch an easy win with a serious approach at WWK Arena.

We have found great value in backing Bayern Munich to win the first half by two or more goals difference at the 2.65 odds. Also, Leroy Sane is well worth backing as the anytime goalscorer after producing a great performance on Tuesday against Barcelona.